Israel Likud Officials: Rotation Offer to Bennett Is Off the Table
Israel 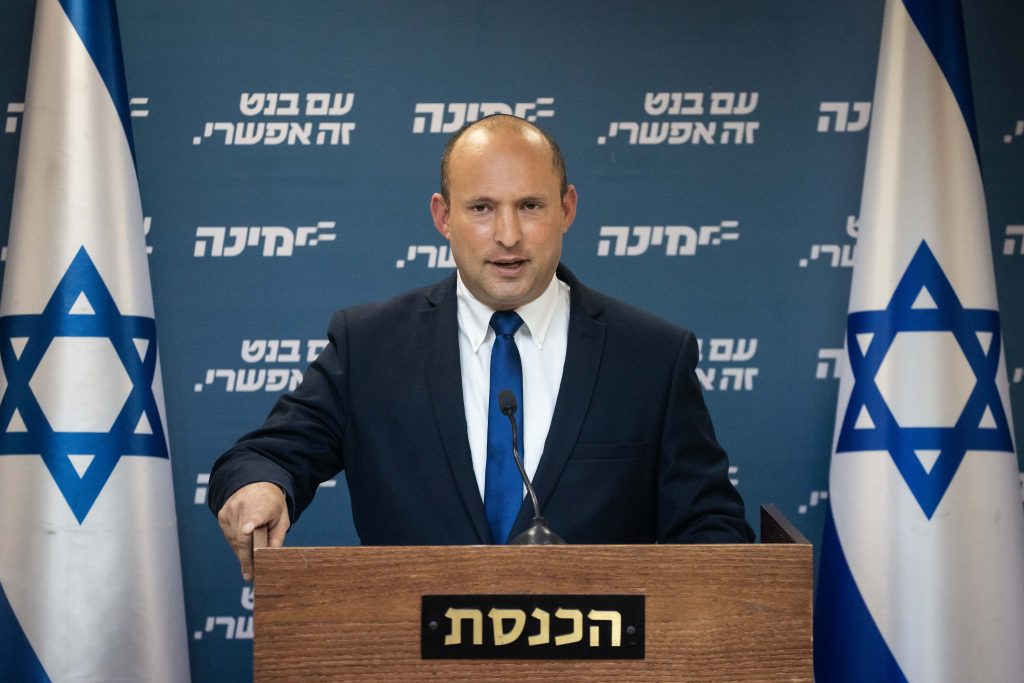 With the ceasefire between Israel and the Hamas terror group holding, politicians in Israel have refocused their efforts on untangling the political logjam.

With just nine days left for Yesh Atid party head Yair Lapid to form the next government, Likud officials are working to consolidate a majority of 61 MKs to back a government led by Prime Minister Binyamin Netanyahu.

However, senior Likud officials say previous offers will no longer be on the table, and neither Yamina head Naftali Bennett, New Hope head Gideon Sa’ar, nor Blue and White party head Benny Gantz will be offered a rotation deal.

A senior Likud official told Yisrael Hayom that “the notion of Naftali Bennett being prime minister first is no longer relevant. … It’s not practical. The question is whether we will succeed in getting somewhere with him that will give him the status of being No. 2 in the government. I’m not sure we can get there. We’re trying.”

According to the official, Bennett has now remembered he was interested in the offer Netanyahu made him three weeks ago – after he tried his luck with the Lapid-led “change” bloc. That offer, which Bennett declined, included a rotation deal for one year and his pick of 18 representatives to fill the Likud party’s top 40 slots.

“Netanyahu will not offer a rotation. In today’s reality, it won’t work, especially after Bennett went with the other side. That’s not how it works. You can’t try to get something from the other side and then come back to us and get a de-facto six MKs and get the premiership. It can’t be,” the Likud official said.

Nevertheless, the Likud official said: “If we close a deal with Bennett quickly, we have a good chance at forming a government, either Gideon [Sa’ar] will come over or his people will come over. They know they won’t survive another election. I believe that right before they disappear, every single one will come, but none of them will come if we don’t close with Bennett.”

As for the possibility Israel would head to a fifth round of elections, the Likud official said, “I don’t think it’s headed in that direction. Either Bennet will reconnect with the other side, or at the last minute, to avoid elections, people will climb down from their tree and arrive at a normal arrangement.”

Yet on Lapid’s side, too, Yamina officials reiterated Bennett was no longer part of the “change” bloc. Nevertheless, bloc members said they believed the offer for the premiership was irrelevant, but that if Bennett wanted to join as a minister, they would be open to meet.

In the meantime, Yesh Atid announced its negotiation team would renew talks with other parties, although not including Yamina at this time.