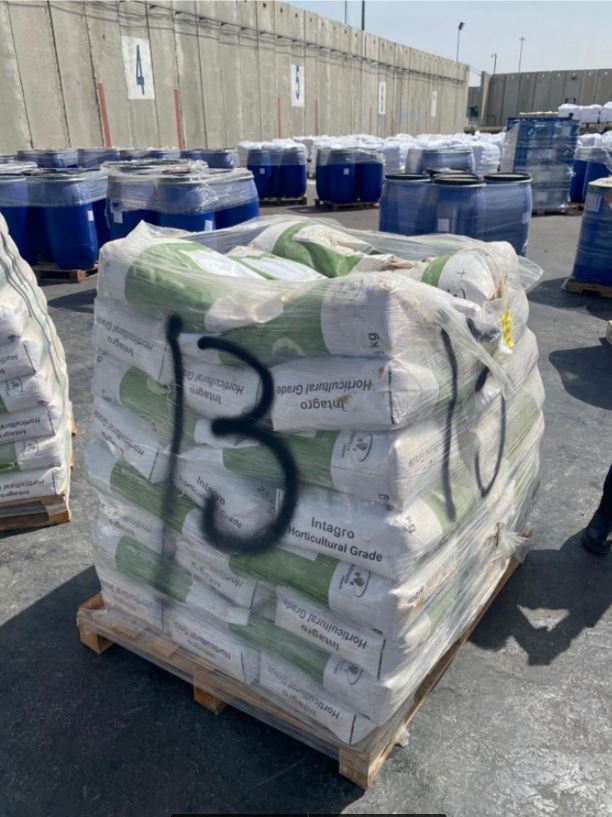 Defense Minister Benny Gantz signed five administrative orders for the seizure of equipment that was being smuggled into the Gaza Strip through the Kerem Shalom crossing in the days before the start of Operation Guardian of the Walls.

The smuggling attempt was exposed during a joint operation by the National Bureau for Counter Terror Financing, the Shin Bet security service and the Crossings Authority.

The seized equipment and materials are considered dual-use and were allegedly intended for Hamas’s military production lines.

“Dual-use” materials are products that can be used for civilian purposes as well as for terrorist activities.

Since the beginning of the year, the defense minister has signed more than 20 administrative orders for the seizure of equipment on its way into the Gaza Strip, on suspicion of being used by Hamas and other terrorist groups in Gaza for terrorism purposes.

Gantz also signed an order for the seizure of gold worth more than NIS 1 million, which was on its way out of the Gaza Strip to Yehudah and Shomron. The gold was disguised as nails hidden inside wooden pallets.

This seizure joins two administrative orders signed by Gantz two weeks ago for the seizure of gold ingots with a total weight of 13 kilograms, which were also seized after an attempt to smuggle them from the Gaza Strip to Yehudah and Shomron.

The Defense Ministry noted that the smuggling attempts from Gaza to Yehudah and Shomron are part of Hamas’s efforts to fund the terrorist organization’s activities in the region, and the value of the seizures is estimated at millions of shekels.

Israel’s combined security agencies have been successful in thwarting thousands of attempts to smuggle illicit materials into and out of the Gaza Strip in the past years.

Smuggling attempts have increased each year since Operation Protective Edge in 2014.

In many of the incidents, the smuggled materials are meant for Hamas’s rocket production program or its military build-up.