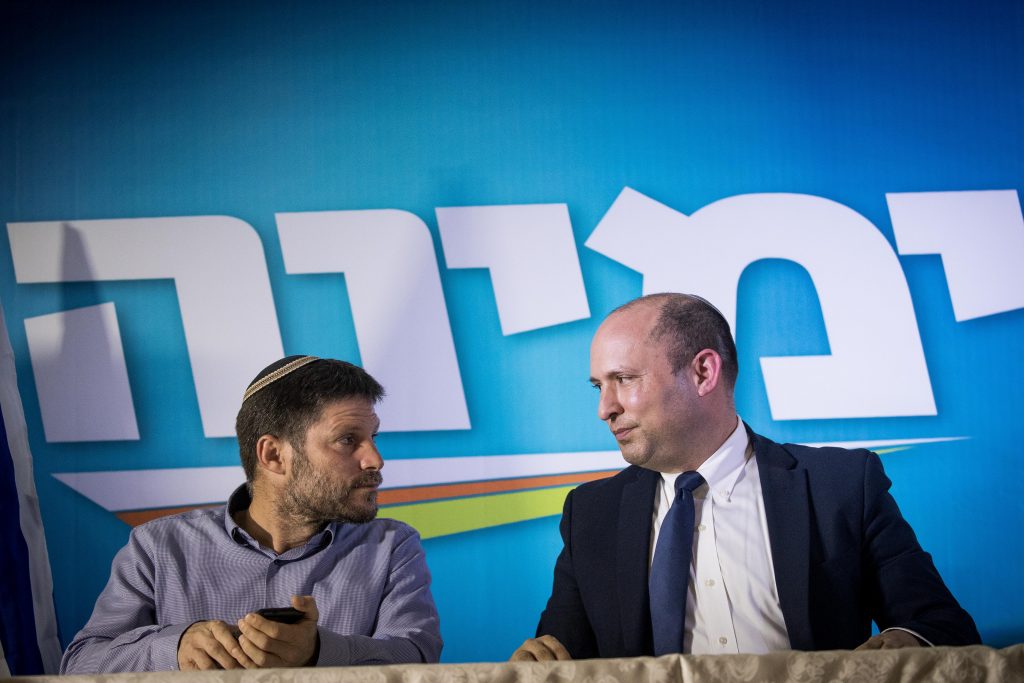 Likud officials have continued to accuse Yamina head Naftali Bennett and New Hope party head Gideon Sa’ar of working to establish a government that relies on the support of the Joint Arab List, despite the announcement earlier in the month that the establishment of a “change” government with the backing of Bennett was off the table, Yisrael Hayom reported Sunday.

A senior Likud official told Yisrael Hayom: “Sa’ar and Bennett talk like they’re on the Right but are moving to the Left. They are holding talks about it and are thinking about how to establish such a government. This is an option that has been reopened, and let there be no doubt: This is a government that relies on the Joint Arab List.

“Bennett’s announcement was fake. They’re holding talks to establish a ‘change’ government. The entire Left has enlisted in how to prevent a right-wing government,” the official said.

Responding to the accusations, a Yamina party official insisted: “The ‘change’ government is off the table.”

Religious Zionist Party head Betzalel Smotrich, formerly of the Yamina faction has launched a campaign aimed at pressuring Sa’ar to join a right-wing government. According to a Religious Zionist Party official, the campaign called on “Sa’ar and his partners in New Hope to join a right-wing government of the nationalist camp and abandon the attempt to form an alliance with the Left.”

The official said: “The campaign is continuing the success of the moves by the Religious Zionist Party that prevented Yamina Chairman Naftali Bennett and the members of his faction from establishing a leftist government with supporters of terrorism.”

In a series of statements and videos published over the weekend, the Religious Zionist Party asked: “What do you have to do with the Left? A right-wing government is the order of the hour.”

According to Smotrich, “Events in recent weeks once again revealed the ethical and practical rifts between the Right and the Left in the State of Israel on a variety of critical issues and the immediate need to establish a right-wing government comprised of all the parties in the nationalist camp. Members of New Hope are people of the Right, and they must understand that there’s nothing for them on the Left and join a right-wing government. I hope and believe this will be the case. Gideon, come home.”