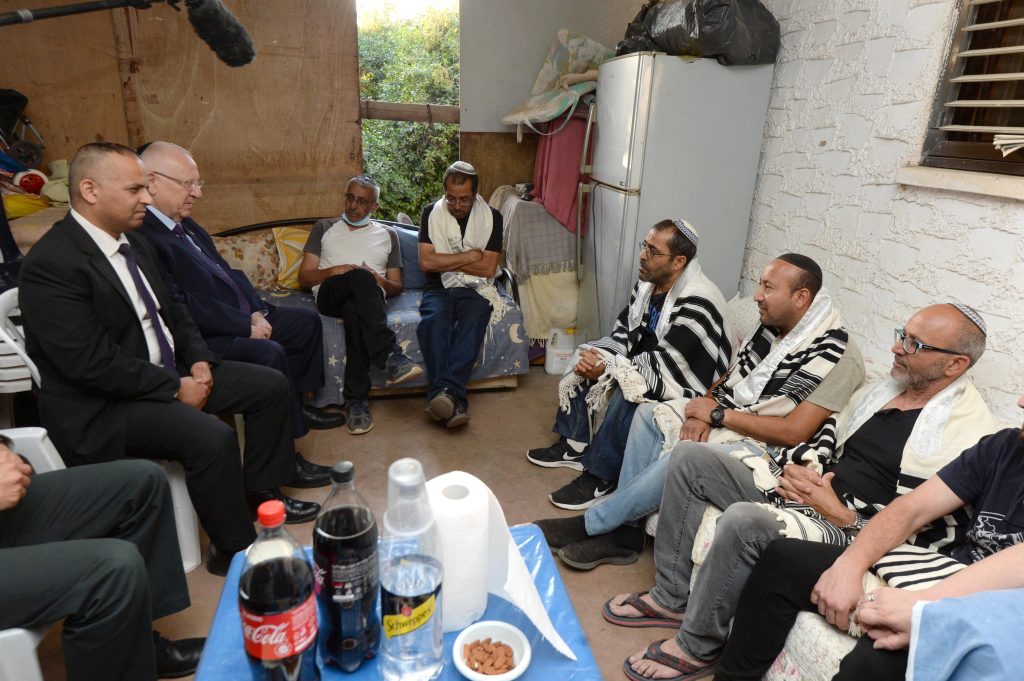 Israeli President Reuven Rivlin visited the bais aveilim of the family of Yigal Yehoshua Hy”d, who was lynched by an Arab mob in Lod last Monday the 6th of Sivan.

The president told the family that their pain had wrenched the heart of the country as a whole, and that there was no forgiveness for the dreadful acts perpetrated on Yigal.

Yigal’s brothers told the president of the many people who had come to pay their respects in Moshav Hadid, from Lod and from all around the country, and about the family’s extensive roots and Yigal’s and the whole family’s connection to the country.

“We have no choice, my dear ones. We are here and are not going anywhere. I have said this time after time since the dreadful murder, and I will continue to say it. We have no other choice,” said the president.

“There is nothing more tragic than a loss like this, and it was so important for me to be here and tell you how deeply we respect you. I pray that you will find consolation and that from now onwards you will know only joyous occasions.”