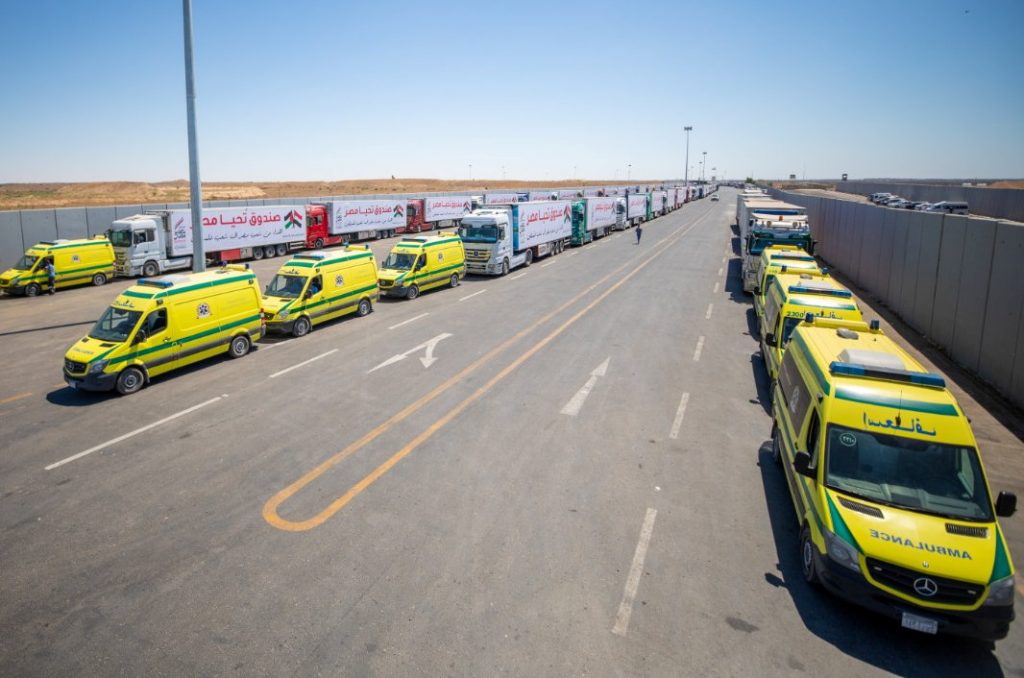 The Israel-Hamas conflict that ended with a ceasefire on Friday showed the Palestinian group’s ability to build an arsenal of home-made rockets largely with civilian materials and Iranian expertise, analysts and officials said, a feat it can likely replicate.

The low cost of such arms and the need to rebuild Gaza leaves Israel and the international community with a quandary of how to meet Gazans’ basic needs yet keep ordinary items such as pipes, sugar and concrete from being put to military uses.

Current and former officials see no easy answers, saying it is all but impossible to seal off even a relatively small area such as Gaza and to prevent goods for reconstruction from being turned into locally-made rockets.

Hamas and fellow terror group Palestine Islamic Jihad have boosted the quantity and quality of their rockets since the last Gaza conflict with Israel in 2014.

“We were extremely surprised by Hamas’ capacities this time around. They had long-distance rockets they didn’t have before. That is all down to Iran,” said a senior European official on condition of anonymity.

Israel said Hamas, Islamic Jihad and other groups fired around 4,360 rockets from Gaza during the conflict, of which around 680 fell short into the Gaza Strip. Israel’s Iron Dome interceptors, activated against rockets that threatened its population centers, had a successful shoot-down rate of around 90%, the military said.

It said 60 or 70 rockets still struck population centers, implying an accuracy rate of around 15%. Others fell in open areas, nonetheless sending Israelis scrambling for shelters as they flew overhead.

The majority of the rockets, analysts said, were short-range, unsophisticated and homemade.

“They’re extremely simple to fabricate and they use metal tubing, metal pipes. They often, believe it or not, will use detritus from Israeli missiles,” said Daniel Benjamin, a former U.S. State Department coordinator for counterterrorism.

A Hamas official, Sami Abu Zuhri, claimed the group had developed its own expertise producing rockets and needed no help.

“Therefore, any attempt to tighten the blockade on Gaza to limit the abilities of the resistance will be worthless,” he told Reuters by phone from Mauritania, where he is said to be visiting.

Hamas and Islamic Jihad smuggled in factory-grade missiles via the Egyptian Sinai until the 2013 ouster of Islamist Mohammed Mursi, Egypt’s first democratically-elected president. After he was replaced by Egypt’s current president, Abdel Fattah al-Sisi, Cairo largely choked off that route by destroying tunnels into Gaza.

Now, Israeli and Palestinian sources say, the terrorists use Iranian funding and instruction to make rockets inside Gaza that have ranges of 200 km (125 miles) or more, some with warheads carrying hundreds of kilograms of TNT and shrapnel.

Money, in many ways, is not the issue.

Qatar, with Israeli acquiescence, has provided substantial funding to Hamas in recent years, by some tallies, millions of dollars a month, chiefly to pay administrative salaries, some of which can then be siphoned off.

“It’s not rocket science, so to speak. A guy from Qatar comes every month with his suitcases of money accompanied by Israeli soldiers to pay Hamas administrative staff. That then disappears,” said the senior European official.

An Iranian diplomat in the region said millions of dollars were handed over to Hamas representatives almost every month, either carried into Gaza or neighboring countries.

“It does not mean money always came from inside Iran. We have businesses (in the region) that funded Hamas and it’s not a secret,” the diplomat said, speaking on condition of anonymity.

A western official who follows Hamas activities closely said the group was able to tap investment portfolios worth hundreds of millions of dollars in companies across the Middle East.

“It controls about 40 companies in Turkey, UAE, Sudan, Saudi Arabia and Algeria which deal mainly in real estate and infrastructure,” the official said.

A second official said the group was also able to obtain resources from charities sympathetic to its cause across Europe.

A U.S. Treasury spokesperson said Washington will continue to work to identify and sanction individuals and entities that support Hamas, while continuing to press foreign partners to implement its sanctions and take action against the group themselves.

U.S. President Joe Biden said on Thursday that aid would be sent quickly to Gaza, but coordinated with the Palestinian Authority – Hamas’ Western-backed rival in the occupied West Bank – “in a manner that does not permit Hamas to simply restock its military arsenal”.

That is easier said than done.

It would likely require on-the-ground monitoring, and it is not obvious whether Hamas would permit that or who might do it.

Dennis Ross, Washington’s former lead diplomat on Israeli-Palestinian peace, said someone, possibly the Egyptians and others, would need to have a physical presence in Gaza to inspect imported goods and monitor their use.

“If Hamas says ‘no’ then you put the spotlight on them,” he said, adding one could pressure them by saying, “We’d like to be providing material to Gaza, but Hamas won’t permit it.”

An Israeli official was blunt about the challenge.

“Someone has to find a better way to monitor what’s going in, how it’s supervised and what it’s used for,” he said.