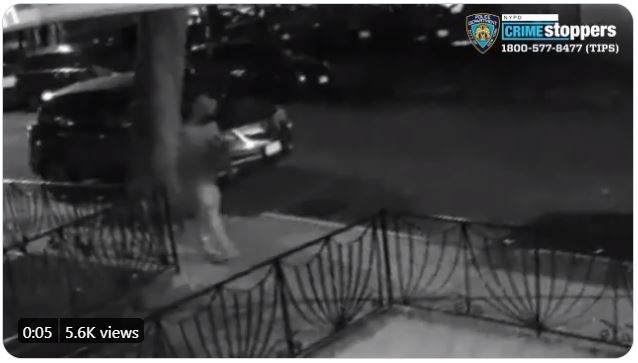 Ali Alaheri of Brooklyn was charged with setting fire to a yeshiva and synagogue in Brooklyn on May 19, 2021.

“As alleged in the complaint and detention letter, Alaheri deliberately set fire to the sacred home of a yeshiva and synagogue, and viciously attacked a man wearing traditional Hasidic garb, demonstrating a violent hatred that cannot be tolerated,” said Mark J. Lesko, Acting United States Attorney for the Eastern District of New York. “This Office strongly condemns these sorts of intentional acts of violence and we will go to every length possible to prosecute this type of conduct to the fullest extent possible.”

“The defendant’s alleged actions endangered the lives of numerous individuals, from the congregants and students at the synagogue and yeshiva, to the first responders who arrived to extinguish the flames, to the neighboring members of the community,” John B. DeVito, Special Agent-in-Charge, Bureau of Alcohol, Tobacco, Firearms, and Explosives (ATF) stated.

In the complaint and detention letter, Alaheri was captured on surveillance video in the pre-dawn hours of May 19, 2021, piling garbage bags against the side of a building on 36th Street in Brooklyn that housed the yeshiva and shul, and was recorded igniting the garbage bags. Firefighters responded to a fire alarm at the location and extinguished the blaze.

Several hours later, Alaheri was again captured on surveillance video, this time repeatedly punching a man wearing traditional Hasidic garb. There was no interaction between Alaheri and the victim prior to the assault. When Alaheri was arrested on May 21, 2021, he appeared to be wearing the same clothing he was wearing in the video footage of the assault.

Alaheri is also a suspect in connection with the May 13th desecration of religious icons  and the burning of an American flag at 6120 Bay Pkwy in the 62Pct in Brooklyn. The NYPD also considers him a suspect in a robbery of an Iphone on  36 Street on May 19th, as well as stealing a bicycle at 115 Minna Street on that same day. In addition, he is accused of punching a 42-year old male on May 5 at Flatbush Ave & Hanson Place, leaving the victim with a laceration to left side of face.

If convicted of the arson, Alaheri faces a mandatory minimum sentence of five years’ imprisonment, and a maximum of 20 years.