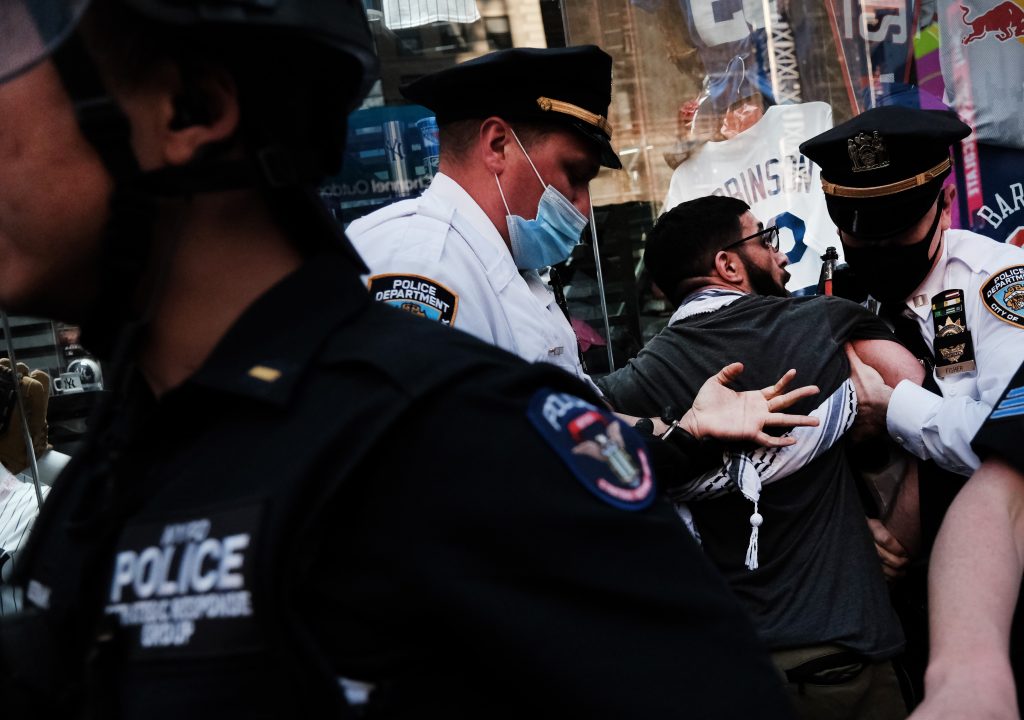 Just hours before a ceasefire was announced on Thursday between Israel and Hamas terrorists in Gaza, multiple clashes broke out in midtown Manhattan between Pro-Israel protesters and supporters of the Hamas terrorist organization. New York City Police Department said 20 people were arrested.

At approximately 6:00 p.m., an individual displayed an explosive device while riding in the back of a pickup truck in the vicinity of 37 West 47 Street, and throw the device, which detonated causing burns to a 55 year-old female victim. EMS transported the victim to Bellevue Hospital where she was treated and released. The NYPD’s Arson Investigation Squad is investigating.

The suspect is described as male, wearing gray pants, with a red and black striped shirt.

On Tuesday, thousands of Pro-Palestinian protesters marched down 42nd Street in Manhattan and shut down traffic.