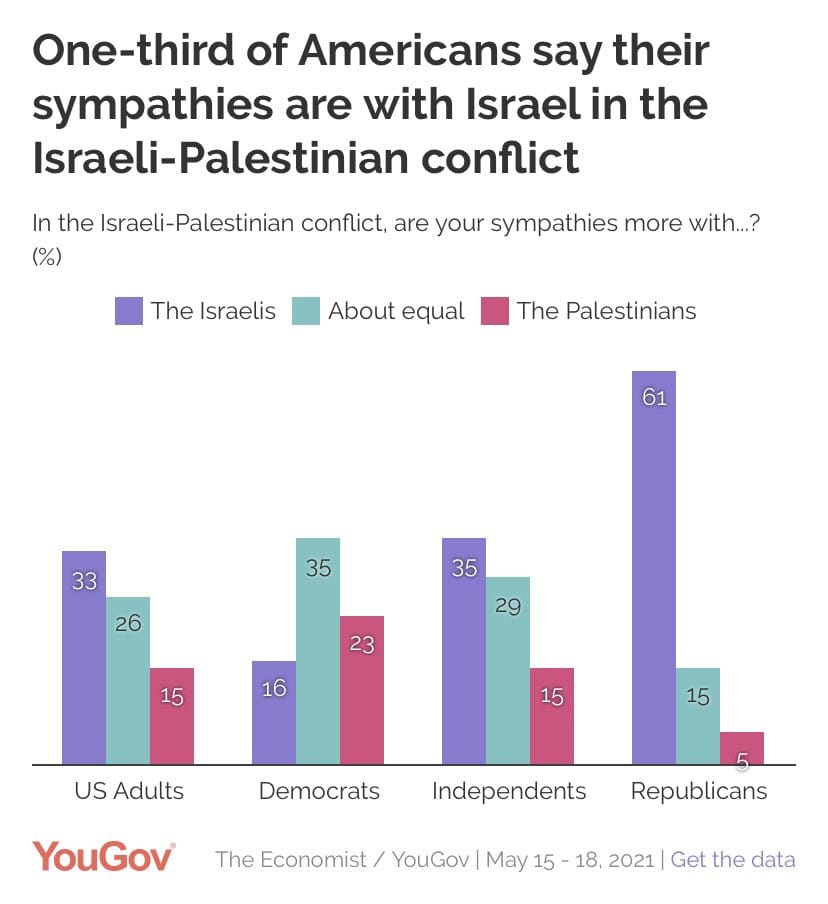 59% of Democrats, 64% of Republicans, and 79% of Independents agree that helping and protecting Israel is an important part of American Middle East policy.

29% of Americans approve of President Joe Biden’s response to the current conflict in Israel, while 41% disapprove.