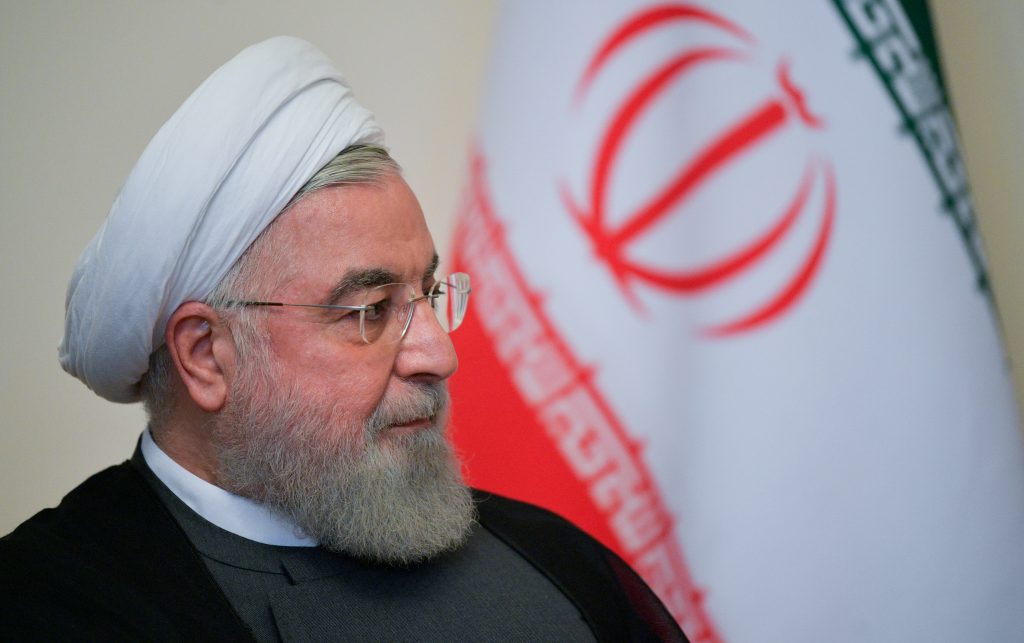 Iran’s president said on Thursday that the United States was ready to lift sanctions on his country’s oil, banking and shipping sectors that were reimposed after former U.S. President Donald Trump exited a 2015 nuclear deal three years ago.

Iran and world powers have been in talks since April on reviving the deal and the EU official leading the discussions said on Wednesday he was confident a deal would be reached.

But European diplomats said success was not guaranteed and very difficult issues remained, while a senior Iranian official contradicted the president.

“The talks in Vienna are about minor issues. They have accepted to lift sanctions on Iran’s oil and shipping sectors as well as sanctions on the Central Bank and others,” President Hassan Rouhani said during a televised Cabinet meeting.

Rouhani was speaking a few weeks ahead of Iran’s presidential election, in which the revival of the nuclear accord could boost moderate candidates close to him.

Trump withdrew from the deal in 2018, prompting Iran to steadily overstep the accord’s limits on its nuclear program designed to make it harder to develop an atomic bomb – an ambition Tehran denies.

And a senior Iranian official told the country’s Press news channel that Washington had no intention to “completely lift any sanctions on the oil, banking, finance and energy sectors.”

“Washington intends to temporarily suspend some of the sanctions over a long period of time and in various steps,” said the official, who was not identified by the station run by hardliners and which is close to the Revolutionary Guards.

Oil prices were on course for a third day of losses on Thursday after diplomats said progress was made towards a deal to lift sanctions on Iran, which could boost crude supply.