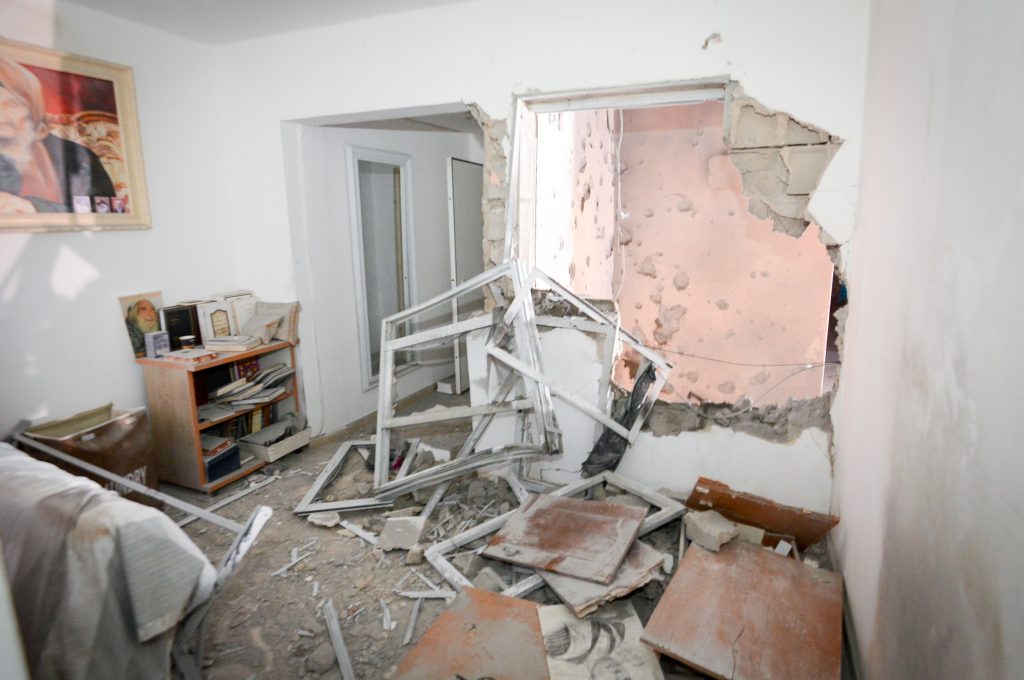 Rocket fire from Gaza on Israel resumed on Thursday morning amid unconfirmed reports that some progress was made to achieve a ceasefire between Israel and the Hamas terrorist group. The IDF mounted massive airstrikes on terrorist targets in the Gaza Strip overnight following a rocket barrage on Israel’s south and continued to hammer Hamas and Islamic Jihad targets on Thursday.

After a short pause in rocket fire, a fresh barrage was launched at Be’er Sheva, Ofakim and Kiryat Malachi at around 1 a.m. on Thursday morning. Some 80 rockets and mortar shells were fired from Gaza at Israel between 7 p.m. Wednesday and 7 a.m. Wednesday. Ten projectiles failed to cross the border and hit the Palestinian side of the border, the IDF said.

Since hostilities erupted on May 10, Gaza terrorists have fired nearly 4,000 rockets at Israel. The Iron Dome defense system has intercepted most of those heading toward populated areas, representing a 90% success rate, according to the IDF.

Israeli casualties so far numbered 13 – a dozen civilians killed in rocket attacks and one soldier who was killed in a cross-border anti-tank missile attack. Nearly 700 Israelis have been wounded.

Late on Wednesday night, Hamas said it was withdrawing from its agreement to a ceasefire through Egyptian mediation, most likely over statements by Israeli officials saying the IDF will not be called off until it achieves its operational goals.

Senior Hamas figure Mousa Abu Marzouk said on Wednesday night that a ceasefire agreement is expected to take effect within a day or two.

Meanwhile, a senior IDF officer said Wednesday that the military believes Hamas is “trying to have a major success,” such as a cross-border attack, before it ends the fighting as it is in need of a “victory image” to justify the ruins it has brought on the coastal enclave in what has been its worst clash with Israel since 2014.

A senior officer in the IDF Southern Command told reporters that he believed the military’s intelligence capabilities would prevent Hamas from carrying out a large raid, but he could not rule out that a smaller operation was possible.

“I don’t think Hamas can do a major surprise ground operation, but it could do a raid,” he said.

IDF officials told Channel 12 News that Hamas was most likely to try to launch a massive rocket salvo at the greater Tel Aviv area after a few days in which it had not fired at the city.

The warning came as intense international pressure has been applied to Israel to bring the current conflagration to a close.