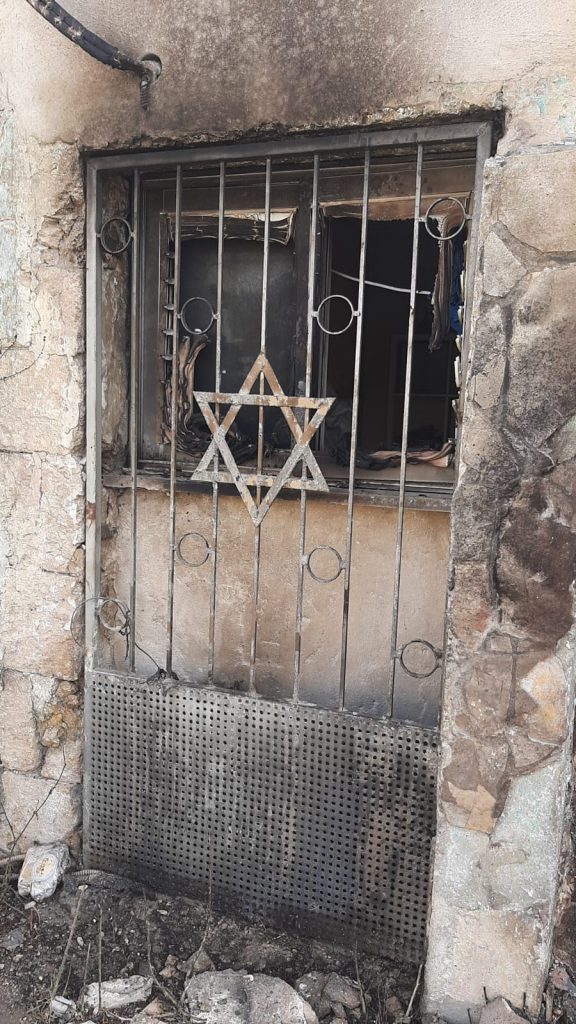 43 people were arrested in Lod on Friday morning, after Thursday’s 120 arrests across the country during Jewish and Arab riots in mixed communities.

So far, more than 750 rioters have been arrested since the beginning of the violence, and more than 400 have had their remand extended, the police reported on Friday.

In the face of continuing violence in the city, Defense Minister Benny Gantz extended the state of emergency in Lod by 48 hours, at the request of the police.

A bus in Haifa was pelted by rioters late Thursday night, slightly injuring one woman. The driver managed to escape the barrage and save the bus passengers from further injury, the bus company reported.

In Jaffa, a 19-year-old IDF soldier was severely injured and hospitalized after he was attacked by violent Arab rioters in the city on Thursday afternoon, suffering skull fractures and internal bleeding.

A Magen David Adom paramedic said the soldier had been found sitting on the sidewalk, fully conscious but bleeding from head wounds, and that he had told the MDA team that he was attacked with rocks and pepper spray.

The soldier underwent surgery overnight on Thursday, Ichilov Hospital reported. A team of three senior neurosurgeons was called in to conduct the complex surgery as the soldier suffered from a severe injury to the head and extensive bleeding. The soldier is currently hospitalized in the neurosurgical intensive care unit.

“After a complex operation, his condition is now improving. He has regained full consciousness and is defined as moderate and stable,” Dr. Ido Strauss, a senior physician in the neurosurgical department at Ichilov updated.

Another soldier arrived in the emergency room on Thursday night, after he left a restaurant and was cut off by a car, thrown to the ground and attacked. He was lightly injured.

In the Arab city of Umm al-Fahm, a Jewish family of five including three small children was attacked in their car and had to be rescued by police.

While police forces have been deployed all over the country in an effort to stem the nationwide riots, the clear lack of a sufficient presence of law enforcement in highly volatile localities has led to further civil unrest.

In recent days, numerous Arab and Jewish mobs have been rampaging through the streets of several mixed cities, where the rioters were seen savagely beating people, torching cars and vandalizing businesses and property.