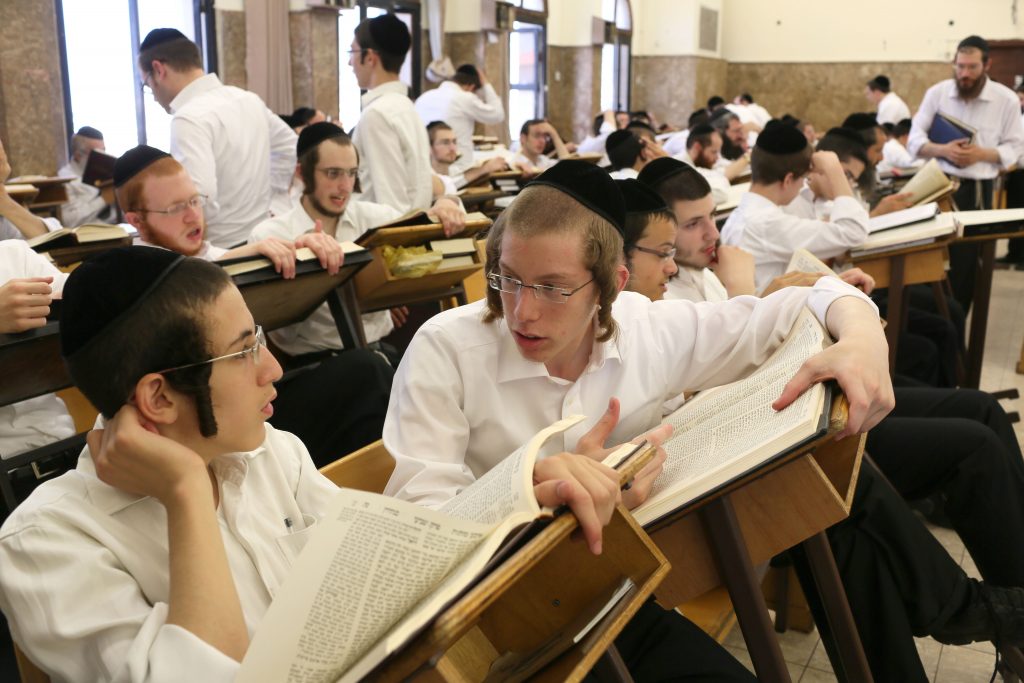 Have you set fixed times to study Torah?” is one of the first questions — if not the first — that a person is asked on the day of judgment.

While there is no question of the primacy of talmud Torah, and why that would be a crucial question, the focus of “kavuah,” i.e., setting time aside specifically for Torah, is puzzling. At first glance, setting aside time is merely a means of making sure that it actually gets done. It is an eitzah tovah of sorts. So, let us imagine two people are standing in judgment, one who has managed to study two hours a day, despite having an erratic schedule, while the second one has managed only an hour, but on a fixed schedule. Does the second person have any advantage over the first one? It would seem not. But yet we do not ask the person if he studied, or how much he studied, rather whether he fixed set times.

This question becomes even more perplexing when we look at the halachic obligation to study Torah, and we realize that it is actually timeless. A person is always obligated to study, unless there is an overriding factor (such as parnassah or mitzvos that no one else can perform); if so, then what’s the point of setting fixed times for learning?

Let us take a moment to understand the concept of kavuah — permanent/fixed, and ara’i — temporary. Superficially, it just marks a length of endurance, the fixed being always there, while the temporary is only sometimes there.

This is an issue that goes to the heart of defining talmud Torah. At first glance, it would appear that talmud Torah is simply a necessary means for performing mitzvos. If one doesn’t know how to perform mitzvos, then he can’t perform them, hence one learns halachos. If one doesn’t understand the deeper meaning of mitzvos, one cannot perform them appropriately, hence one learns the pnimiyus of mitzvos. And if one needs to be stimulated to do mitzvos, one studies mussar.

But that relegates Torah to a handmaiden for mitzvos. The Chasam Sofer writes that this type of learning is but a hechsher mitzvah, not essential talmud Torah.

True talmud Torah is the be-all of the spiritual world. The passuk tells us “let not the wise man pride himself on his wisdom…but only this is a true source of pride: the knowledge and understanding of Me [i.e. G-d].” In other words, all the rest are but means — but the essence is “knowledge of Hashem.”

Thus, when we learn the Torah, we do learn how to fulfill our obligations, and that is very important. But more important, we learn to understand what Hashem wants from this world and that is the essence of our existence.

If Torah is learned “whenever possible,” then one may end up learning a lot. But it relegates the Torah to filler status. Therefore, it is necessary to create the dimension of kovei’a itim laTorah. It is not simply a device for making sure that one learns, rather, it establishes Torah as the essence of life, with other activities possessing the status of means.

Making Torah kavuah need not be only about time. If a person creates fixed goals — blatt, prakim, simanim — it has a similar meaning.
Hagaon Harav Chaim Kanievsky, shlita, has an incredible schedule of sefarim that he learns every year. He calls these studies his “chovos — debts.” It is a rather unusual term, but reflects strongly his attitude. An accomplishment or achievement (hespek) is a nicer sounding word, but it also carries within itself a sense of “maybe.”0

“I am trying to learn a blatt a day, and it’s a wonderful goal. But if I didn’t manage — well, that’s life.”
But Rav Chaim’s attitude is that the Torah of each day is the essence of the day. If one fails to keep it then it does not disappear. It is a chov and it demands payment at all cost.

So, yes, Torah is constantly obligatory, and fortunate is the person who is always chapping a sefer and learning whenever he has a free moment. But the essence of talmud Torah is to make it the absolute kviyus of our lives. Ki heim chayeinu!