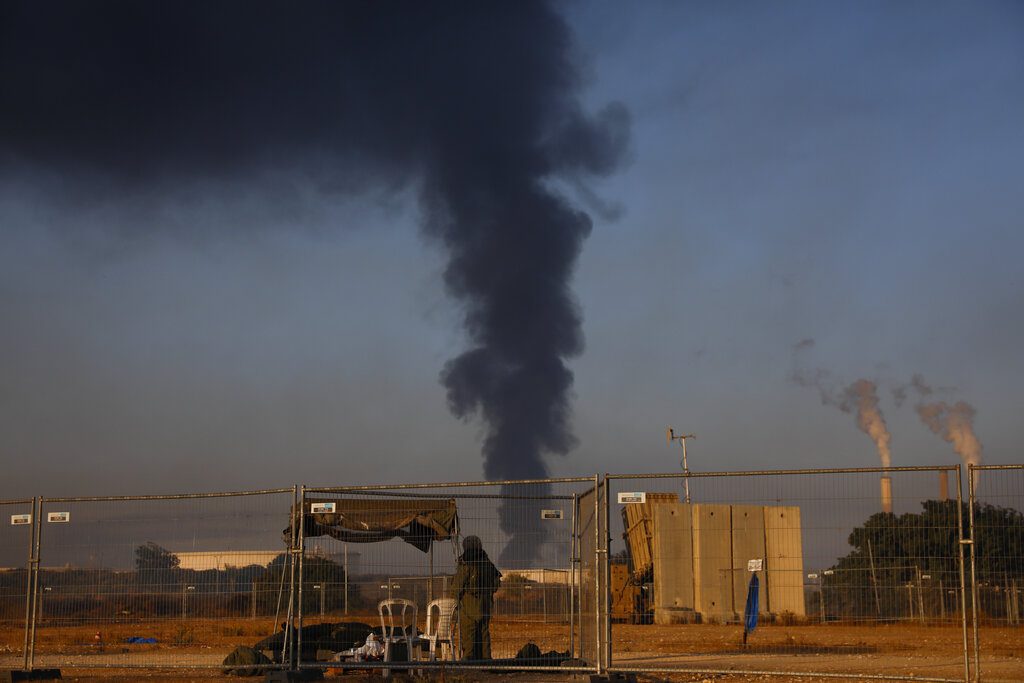 Israel’s firefighting service says it has almost completely extinguished a blaze at a petroleum facility in southern Israel that was set alight by a rocket fired by Hamas terrorists.

The rocket landed Tuesday night near a Petroleum and Energy Infrastructures facility south of Ashkelon during a major barrage from Gaza. The result was a massive fire in a storage tank that blazed through the night and into Wednesday.

Israel Fire and Rescue Services said that 20 teams have been working for 25 hours to extinguish the inferno that issued a column of thick black smoke. Israeli state-owned Petroleum and Energy Infrastructures said the fuel had been transferred to another storage facility.

On Wednesday, the plume of smoke was still rising over Ashkelon. Israeli health and environment officials have instructed residents of the area to avoid prolonged periods outdoors.