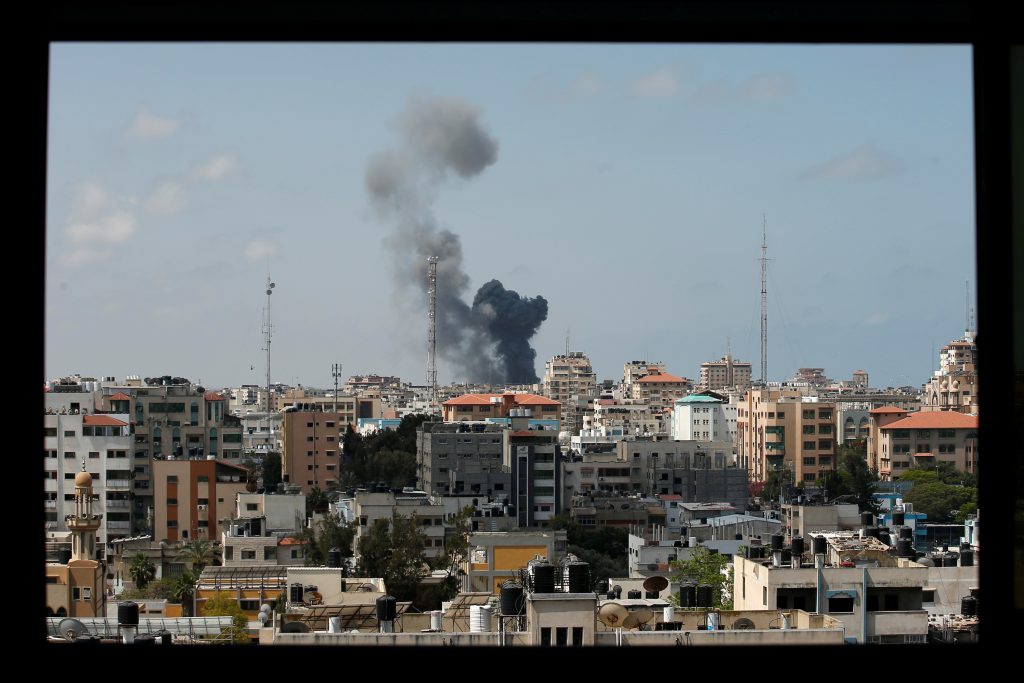 The Israeli Air Force intercepted a drone flying from the Gaza Strip toward Israel on Wednesday morning.

Overnight Tuesday, the IDF carried out waves of airstrikes, targeting senior Hamas leaders and destroying their homes after several Israeli citizens were killed in rocket barrages towards the center of the country.

Over 850 rockets crossed into Israeli territory after being launched from Gaza; another 200 fell inside the Hamas-run coastal enclave. Several rockets have made direct hits on buildings and cars in Israel, killing five Israelis.

Two of those killed were Khalil Awad, 52, and his daughter Nadin, 16, Arab-Israeli residents of a town near Lod, who were killed after a rocket scored a direct hit on a car in Lod early Wednesday morning.

The rocket struck Lod as the mixed Jewish-Arab city was shaken by violent riots throughout the night and brought the death toll in Israel up to five since the fighting began on Monday. Two women were killed in Ashkelon on Tuesday afternoon and in the evening, another woman was killed by a rocket that struck in Rishon LeTzion.

More rockets pounded Israel throughout Tuesday night into Wednesday morning with sirens sounding throughout the center of the country and particularly in the south, including Tel Aviv and Be’er Sheva.

The Security Cabinet is expected to meet on Wednesday night at 9 p.m.