Israel One Killed, Others Wounded as Anti-Tank Missile Fired at Israeli Vehicle
Israel 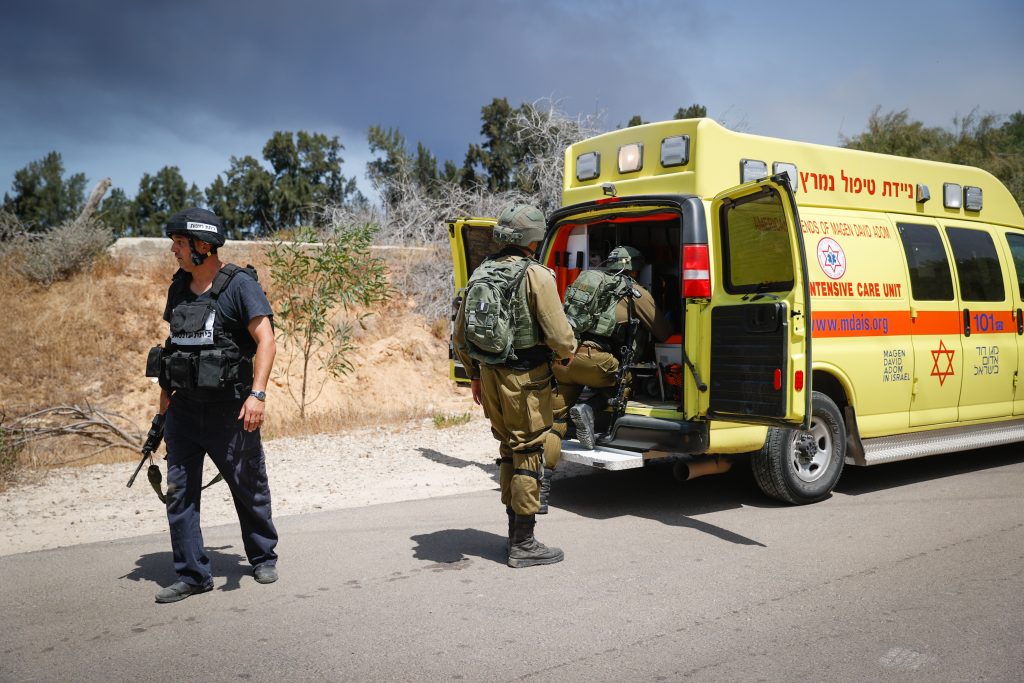 One Israeli has died from his wounds sustained in an anti-tank missile attack on Wednesday morning, north of the Gaza Strip, the IDF confirmed.

The IDF warned Gaza border residents to remain at home after it said an anti-tank missile was launched from the enclave into Israel.

The other two people hit by the missile remain in critical and serious condition, respectively.

The IDF says an anti-tank guided missile was fired from the northern Gaza Strip toward a target inside Israel near the community of Netiv Ha’asara, just north of the enclave.

The missile struck a jeep on the border.

The Hamas terrorist organization has claimed responsibility for the attack.

Rockets were also fired from Gaza at the area of the attack as the wounded were being evacuated. IDF troops responded with tank and artillery fire. The IDF reported another anti-tank missile attack shortly afterwards. It was not immediately clear if there were any injuries in the second attack.