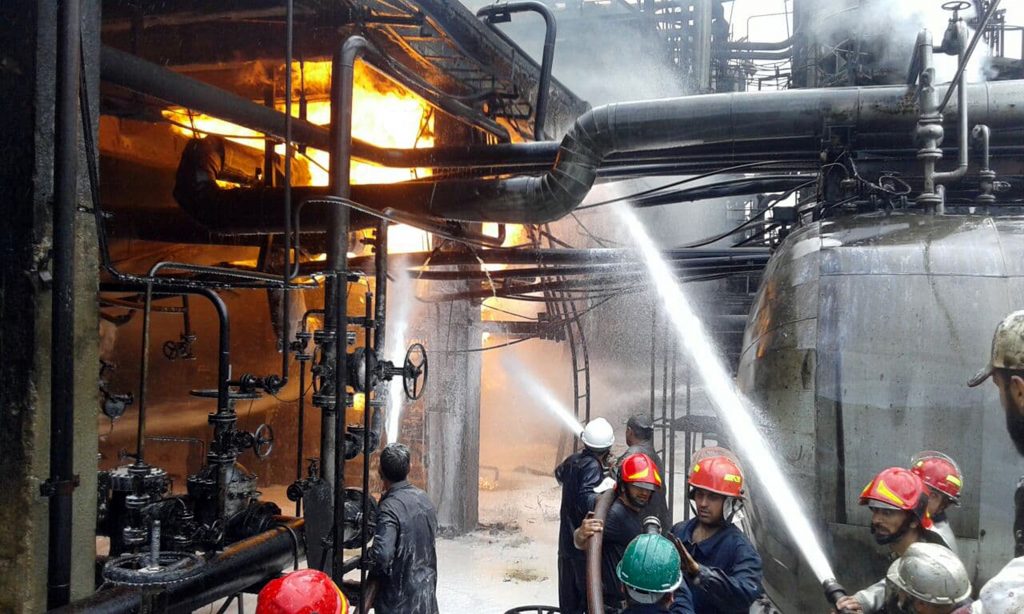 Syrian authorities are working on extinguishing a fire that erupted in its main Homs refinery in the west of the nation, state media said on Sunday.

The fire erupted in a distillation unit due to a leak in a pumping station, it said without elaborating.

State television showed live footage of fire engulfing parts of the refinery with black smoke plumes in the distance as firefighters tackled the flames.

There was a large fire and blast at Homs in January this year involving a nearby crude oil loading station and dozens of trucks that transport petroleum products across the country.

Both Homs refinery and Banias on the Mediterranean coast have faced supply shortages in recent months due to erratic supplies of Iranian crude oil to the sanctions-hit country that relies mainly on Tehran for its energy needs.

Syria has over the past year two years faced months of gasoline and fuel shortages, forcing it to ration supplies distributed across government-held areas and to apply several rounds of steep price hikes.