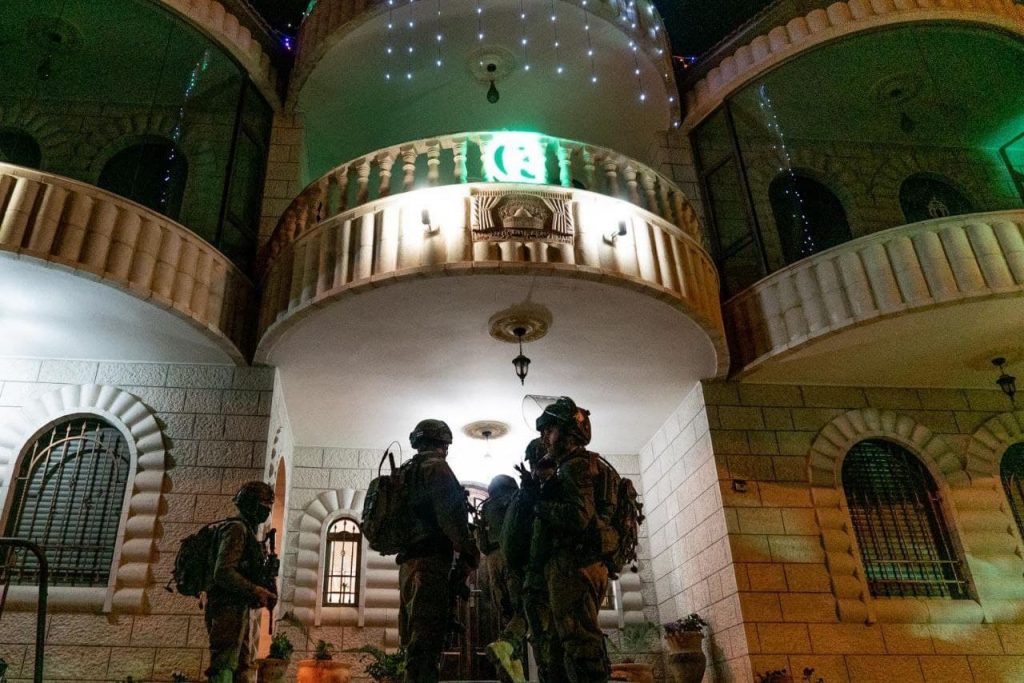 The IDF mapped the house of the Palestinian terrorist who carried out the deadly Tapuach Junction shooting attack on Sunday. Yehudah Guetta, Hy”d, was killed in the attack.

The large two-story home in the town of Turmas Ayya near Ramallah was mapped ahead of possible demolition.

The terrorist, 44-year-old Muntasir Shalabi, was arrested overnight on Wednesday in the town of Silwad just hours after Guetta died at Beilinson hospital of his wounds. Another victim, Benaya Peretz, remains in hospital in very serious condition.

Though media reports had said that Shalabi was a known Hamas supporter, the Shin Bet said that he was not affiliated with any terror group. According to reports, Shalabi was radicalized in the United States where he lived for several years and began to support Hamas. Nevertheless it is believed he acted alone and without the support of the Gazan terror group.

Shalabi, a father of seven, was reported to be a successful businessman.

During the mapping of his home, violent clashes broke out between IDF soldiers and Palestinian youths with troops using riot dispersal means including firing rubber bullets against the demonstrators, according to Palestinian reports. One of the largest mosques in the village was surrounded, the report added.