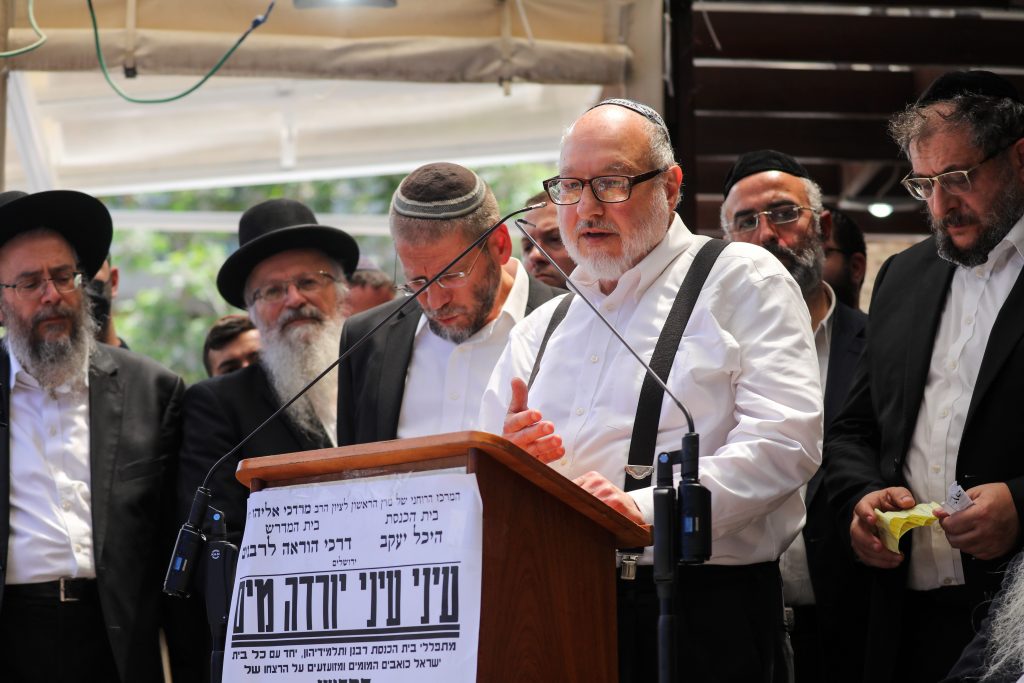 The levayah of Yehudah Guetta, Hy”d, one of the three 19-year-olds injured in the terrorist drive-by-shooting at the Tapuach Junction, took place on Thursday morning at the Heichal Yaakov shul in Kiryat Moshe, Yerushalayim. He succumbed to his wounds late Wednesday, and was buried on Thursday.

Hundreds took part in the levayah. He was buried on Har Hamenuchos.

Guetta died just hours before the terrorist, 44-year-old Muntasir Shalabi, was arrested in the town of Silwad.

A resident of Yerushalayim, Guetta had been a student in the Itamar Yeshivah. He is survived by, yblch”t, his parents, four brothers and two sisters.

His mother, Milka, told Army Radio on Thursday morning that, “He was my second son of seven. He was such an intelligent boy, and he was also incredibly industrious, and serious about everything he did. He was devoted to Torah learning and also to his fellow Jews.

She added that, “Yehudah went back to yeshivah on Sunday around midday, and I was relieved that he would be traveling by day. A short while later, my sister called me and told me that something had happened at the Tapuach Junction and that she knew that Yehudah had been there at the time. I started calling him, but he didn’t respond. Eventually, someone else, someone from the rescue team at the scene, picked up the phone and told me that yes, Yehudah was there…”