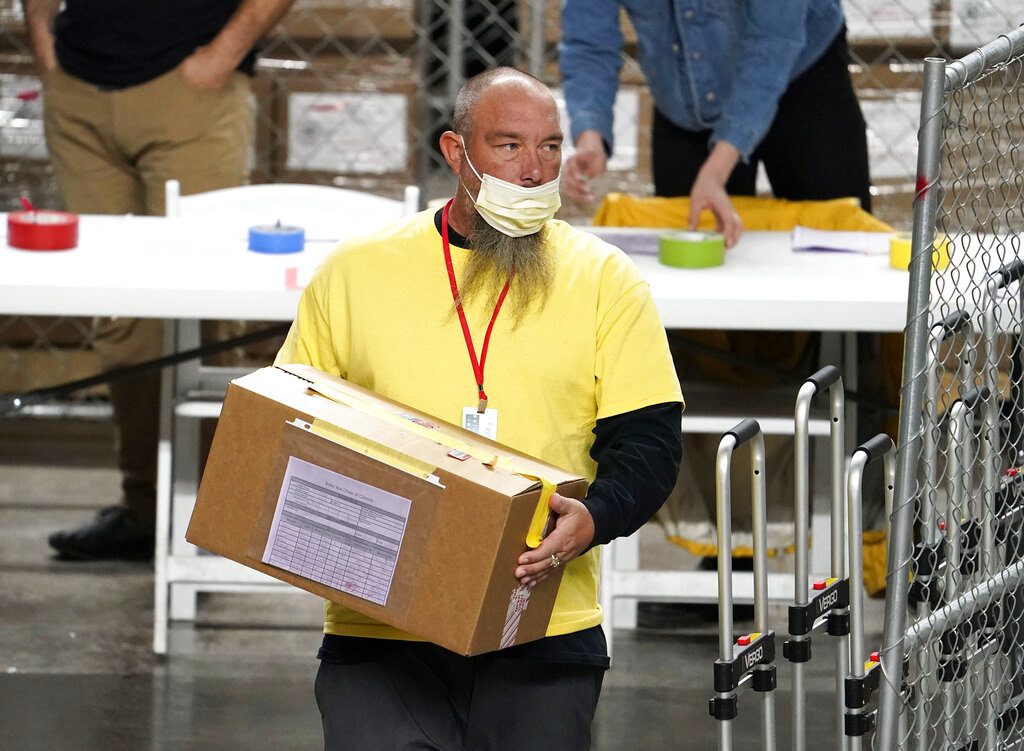 The Department of Justice’s Civil Rights Division said on Thursday that the private recount of the 2020 presidential election results in Arizona’s Maricopa County raises the issues of ballot security and potential voter intimidation.

In a letter to GOP Senate President Karen Fann, the Department of Justice said the GOP-controlled Arizona Senate’s decision to hire an outsider contractor to conduct a private review of the electoral ballots might be illegal, as federal law requires ballots to remain in the hands of elections officials for 22 months.

Additionally, the Florida-based Cyber Ninjas contractor intended to directly contact voters, which “can implicate the anti-intimidation prohibitions of the Voting Rights Act,” Principal Deputy Assistant Attorney General Pamela Karlan said. “Such investigative efforts can have a significant intimidating effect on qualified voters that can deter them from seeking to vote in the future.”

Karlan told Fann the DOJ is expecting a full explanation of how the Senate and Cyber Ninjas will ensure federal law is adhered to, especially as local news revealed the indoor center where the ballots are being recounted is not a secure area.

On Wednesday, the Arizona Senate’s Democrat minority reached an agreement with the Republican majority that would ensure federal law is adhered to, following a court order that ordered the GOP-controlled Senate and Cyber Ninjas to abide by state voter security and privacy laws.

Arizona Secretary of State Katie Hobbs and her elections director, Bo Dul, said that the Senate and Cyber Ninjas rules had major flaws, and were haphazard and excessively vague, including allowing a significant margin of error rate to pass.