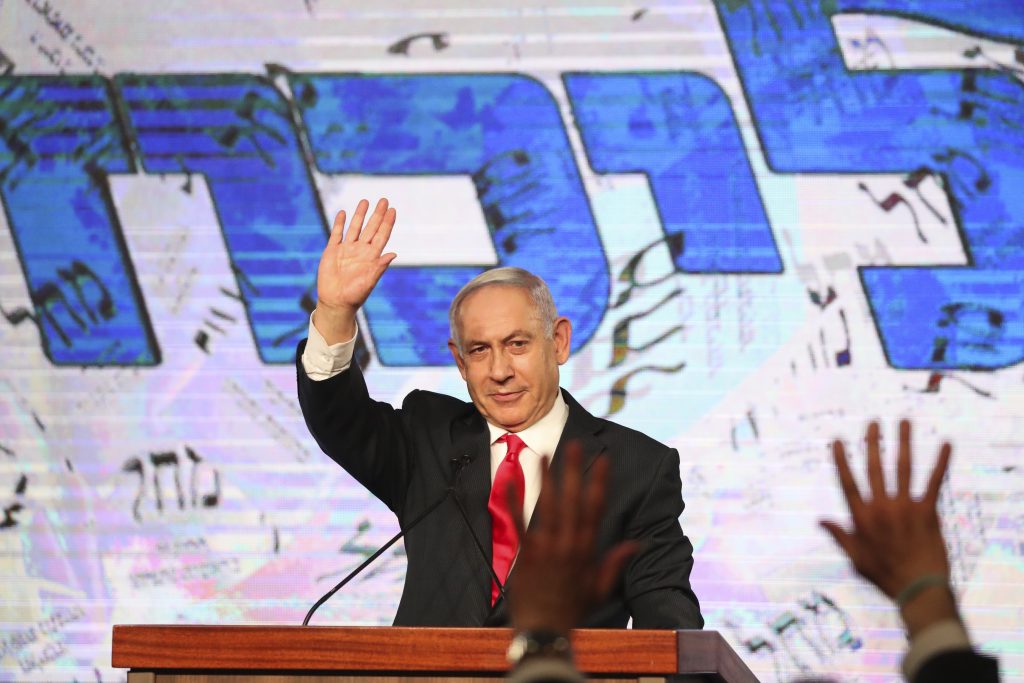 Prime Minister Binyamin Netanyahu has given up on forming a government for now, but he hasn’t given up on stopping opposition leader Yair Lapid from doing it, by stopping Naftali Bennett from joining him.

In a live broadcast on Wednesday night, Netanyahu continued to lambaste Yamina chairman Naftali Bennett for his imminent betrayal of the right wing.

“The truth is simple. This will be a dangerous left-wing government,” Netanyahu said, and implored Bennett to rejoin him.

In an answering speech, Bennett accused the prime minister of “slamming the door” in his face and said “This is the time to form a unity government. The door is open to all parties.”

“This is the time to stop and reconsider a new path,” he said “Whoever cynically takes the state of Israel to fifth elections based on personal interests, in complete opposition to the differences of the nation and state, the people won’t forgive him. This is the time for a unity government.”

Bennett is intent on succeeding quickly, before his Yamina colleagues have second thoughts, according to the Kan public broadcaster. Earlier in the day, Yamina MK Amichai Chikli announced his opposition to aligning with Lapid, and was expected to resign from the party.

More critical is the position of Yamina No. 2, MK Ayelet Shaked. She has reportedly been more averse than Bennett to serving with Lapid and is still working to form a right-wing government, Channel 12 news said.

Shaked said she won’t bolt to Netanyahu’s Likud party, a move that would lead to Yamina’s dissolution.