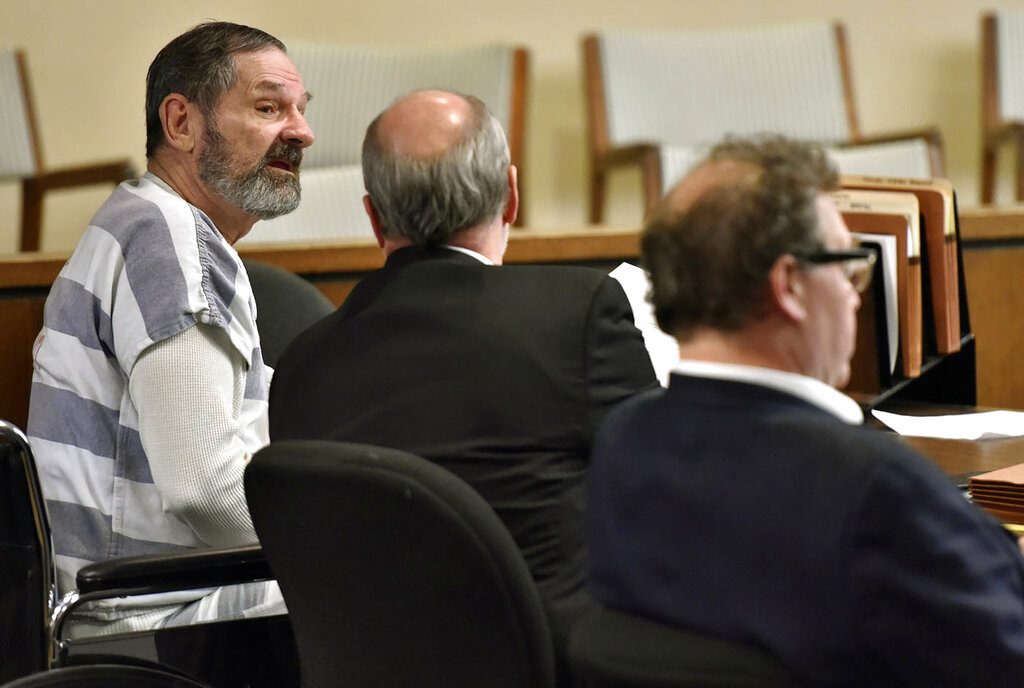 An avowed anti-Semite who testified that he wanted to kill Jews and was sentenced to death after he shot and killed three people, none of whom were Jewish, at Jewish sites in suburban Kansas City in 2014 has died in prison, the Kansas Department of Corrections said Tuesday.

An autopsy will be performed to determine a cause of death, but preliminary indications were that Miller died of natural causes, Carol Pitts, a spokeswoman for the corrections department, said in a news release. She declined to comment further on Miller’s death or medical condition.

The corrections department initially said it and the Kansas Bureau of Investigation would investigate Miller’s death, which is routine after an inmate dies. The KBI later said it would not investigate the death because Miller “was receiving regular medical care and his death was expected.”

In March, Miller’s attorneys argued before the Kansas Supreme Court that his death sentence should be overturned, in part because they said he should not have been allowed to represent himself in a complex death penalty case.

Miller drove from his home in Aurora, Missouri, determined to kill Jews. On April 13, 2014, he ambushed William Corporon, 69; and his 14-year-old grandson, Reat Underwood, at the Jewish Community Center in Overland Park, Kansas. He then drove to the nearby Village Shalom care center and killed Terri LaManno. The victims were all Christians.

Relatives of Corporon and his grandson said in a statement they were neither happy or sad when notified of the death.

“He stole so much from our family, but he didn’t steal our hearts or our dignity,” they said in a statement, without naming Miller. “He did not steal our memories, the love that sustains us or the ability to offer forgiveness and kindness in the face of such tragedy.”

Miller, also known as Frazier Glenn Cross Jr., testified at trial that he wanted to kill Jewish people before he died. He said he didn’t expect to live long because he had chronic emphysema.

During his trial and at his sentencing, Miller frequently interrupted the proceedings to give rambling statements about his belief that Jewish people were running the government, media and the Federal Reserve.

During his closing arguments at trial, Miller said he had been “floating on a cloud” since the killings. When he was convicted and when he was sentenced to death, Miller raised his arm in the Nazi salute but two officers quickly shoved his arm down.

Miller was a Vietnam War veteran who founded the Carolina Knights of the Ku Klux Klan in his native North Carolina and later the White Patriot Party, both virulent hate platforms.

In his death sentence appeal in March, Miller’s attorneys argued that he was incapable of understanding the legal intricacies of a complicated death penalty case and should not have been allowed to represent himself, even though he insisted on being his own attorney.

Attorney Reid Nelson said Miller’s standby attorneys should have been allowed to intervene during the penalty phase.

Lisa Taylor, a spokeswoman for the Kansas Office of Judicial Administration, said Tuesday that once the court is officially notified of Miller’s death, it will determine the appropriate action. The court could decide there are questions of law that still must be decided, she said.

Johnson County District Attorney Steve Howe, who prosecuted the case, said in a statement that Miller’s death does not repair the damage he did to his victims’ families but that he hoped it would be another step in their healing process.