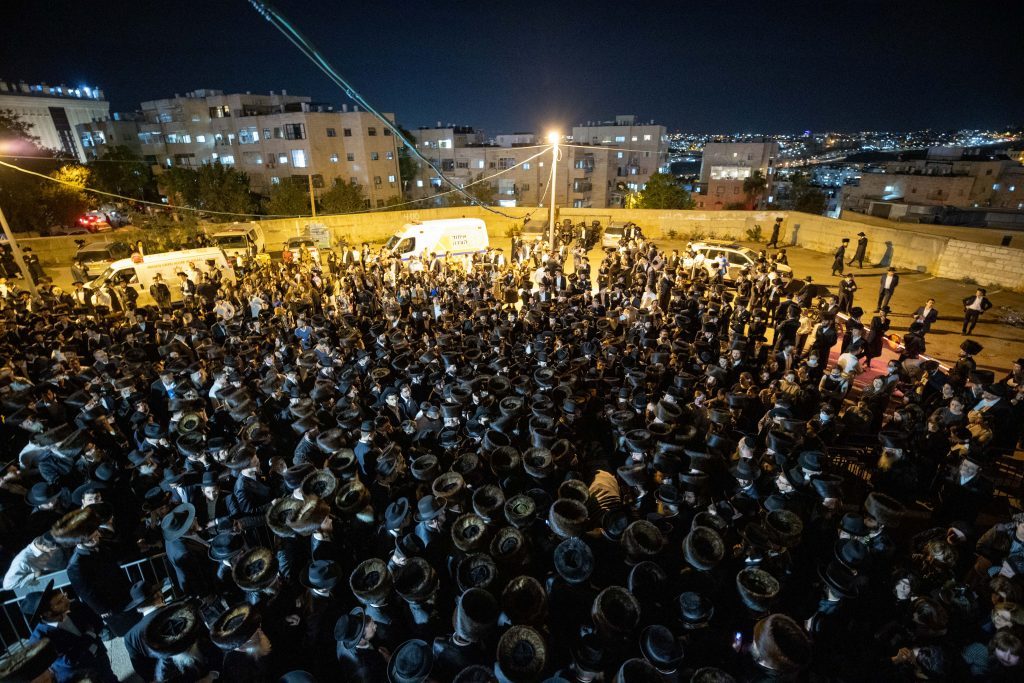 Me’orah l’afeilah. From light to darkness. That phrase kept repeating itself in my mind as soon as I heard of the tragedy at Meron. And then I kept thinking of my son.

Since Lag BaOmer’s festivities in Israel begin on the afternoon of the Omer’s thirty-second day for those of us in Chutz laAretz, I was able to follow in real time the hadlakah at Meron by the Boyaner Rebbe, shlita, and the singing and dancing that erupted afterwards among tens of thousands of people. It was a number likely amplified over previous years by an overpowering enthusiasm to rejoice after the pandemic stifled all communal celebrations.

The exuberance was palpable even thousands of miles away, and I got caught up in the zeal. Lag BaOmer has long been a favorite. There is something enrapturing about unbridled joy following on the heels of mourning, and eager anticipation of what is permissible following what is restricted. The musical strains of “Rabi Shimon Bar Yochai” and “Rabi Akiva” are magical, and the bonfire’s flames at the Hilulah of the Rashbi can draw the soul upwards with their ascent.

I called my son, who is studying in Yerushalayim, that same afternoon. I was disappointed that he had chosen not to go to Meron with friends, having opted to stay back and learn in yeshivah instead. “Why didn’t you go?” I chided, frustrated that he had lost out on such an opportunity. “You’re missing out on the experience of a lifetime.”

Two hours later, I broke down crying, shattered by the news of the unfolding disaster and with simultaneous tears of relief for my son’s safety. But as I thanked Hashem for sparing my son, each new update about the unspeakable tragedy only seemed to heighten my sense of horror and pain at the inconceivable catastrophe.

I spoke to my son soon after, and both of us were shaken at what could have been. Some of his friends were in close proximity to the tragedy and witnessed medics bearing stretchers out of the area. Many of the boys in his yeshivah are utterly traumatized, scarred by sights that will stay with them forever. Instead of learning in the beis medrash full time, they have been attending the heartrending and untimely funerals of two of their friends and listening to psychologists instruct them about the symptoms of shock and depression.

Parents I know are equally traumatized by the frantic hours they spent desperately trying to reach their children who had traveled to Meron. And when I hear their stories, terror wells up in me with the realization that I could have been one of them. I am panicked by visions of the horror that took place and haunted by the pictures of those who succumbed — 19 years old, 26 years old, 12 years old…

Yet, knowing that my loved one could have suffered a similar fate has inspired much more than merely muttering, “There but for the grace of G-d go I.” I have reacted with pain and grief to stories of horrific tragedies before, but never have I cried with such utter and indescribable abandon as I do now. Especially for those boys who perished, who were also students in Yerushalayim like my son.

“Imo anochi b’tzarah — I am with him in pain.” Survivor’s guilt does not lessen the pain one feels for another; it actually has the capacity to amplify it. If anything, it creates a bond of heightened anguish. The immediacy and proximity of the tragedy at Meron to my son’s experience intensify that agony and make it all the more palpable. Thinking of how my son was spared presents an additional layer of connectedness to those who unfortunately were not, so that conflicting emotions of relief and grief make me focus all the more on those korbanos.

I am not alone. The entire Jewish world is shattered by this tragedy and are in mourning. Leaders from around the world offered condolences to the State of Israel for one of the worst civilian disasters in that country’s history. And the outpouring of support and comfort from within Israel is testament to the Jewish ethos of caring and sharing in each other’s pain.

Lag BaOmer will never be the same for many of us. Going forward, it will always be associated with sorrow by those who experienced the tragedy at Meron, and any celebration might be forever dampened by a sense of anguish and loss. Too many people will commemorate a personal yahrtzeit with the yahrtzeit of Rabbi Shimon Bar Yochai. And in a paradoxical twist, the day that marks the end of the mourning period for Rabi Akiva’s students now marks the beginning of the mourning period for those who suffered incomprehensible losses.

Like other monumental events, many people will remember where they were and what they were doing when they first heard of the tragedy at Meron. I know I will and so will my son. We will both remember it with intermingled gratitude and sorrow. And the words of the Tanna Rabi Akiva, synonymous himself with Lag BaOmer celebrations, will hopefully remain with us as well — “Ve’ahavta l’reiacha kamocha.” Love your neighbor as yourself