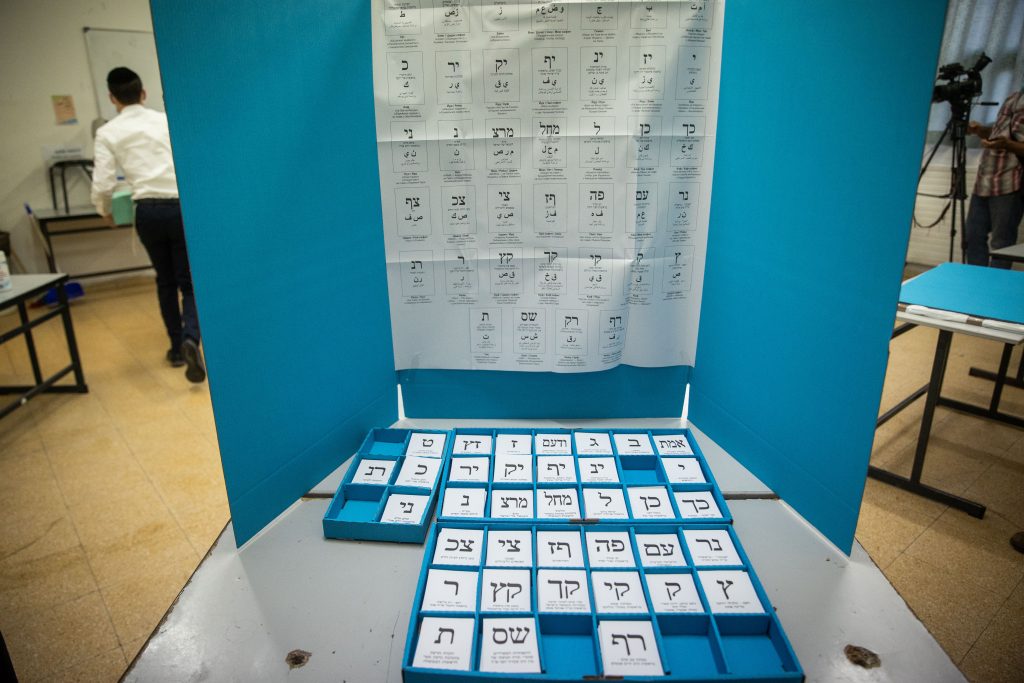 Forty-three percent of Israelis say they would support a coalition of Naftali Bennett’s Yamina with Yair Lapid’s center-left bloc, according to a Channel 13 poll released on Tuesday night.

Yamina voters were mostly averse to such an arrangement. Only 24% in favor. More then half said they would prefer a Bennett-Netanyahu government.

There was more support within Gideon Saar’s New Hope party for joining Lapid, about two thirds, according to the survey.

Regarding direct elections for prime minister—a proposal that failed passage in the Knesset on Tuesday—41% of respondents say they’ll vote for the prime minister, versus 36% for Lapid, a much narrower gap than seen in previous polls.

If new elections were held today, the poll says Likud would remain the largest party, but would slip 30 to 28 seats. Yesh Atid would grow to 21 seats, while Yamina would become the third-largest party with 11 seats.

The survey says Shas would win 7, United Torah Judaism and Labor also 7. Blue and White would remain at 8, while both New Hope and Joint List would retain their current strength of six seats apiece.

Yisrael Beytenu party would drop to five seats, the same number the poll gave to the left-wing Meretz and Religious Zionism. The Islamist Ra’am party was seen winning four seats.

Overall, the results show Netanyahu’s prospects for building a coalition fading. The “change bloc” of anti-Netanyahu parties would have 58 seats, while Netanyahu’s right-wing religious bloc would have only 47 — down from its current 52 — both short of a majority.