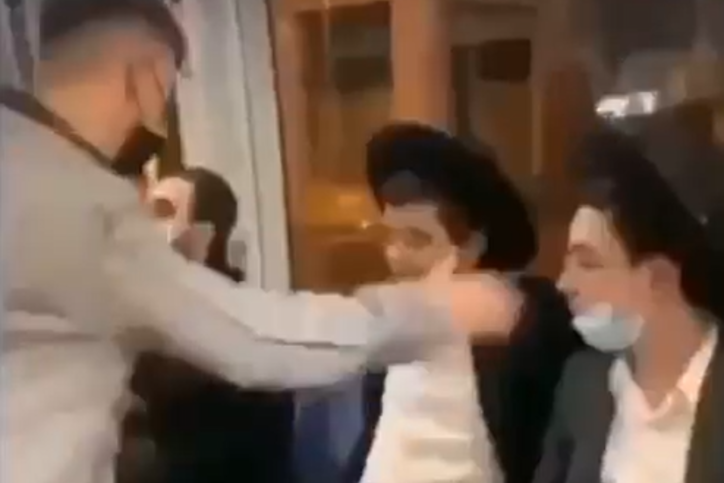 The Yerushalayim District Prosecutor’s Office has submitted to the city’s Magistrates Court for Youth an indictment against a 17-year-old Arab, who attacked chareidi teenagers on the Light Rain Train in Yerushalayim last month.

The indictment charged the Arab with an attack due to racist motives, and harm to privacy.

According to the indictment, on April 14, the suspect boarded the train at the Safra Square station, together with six other minors.

A few minutes later, at the Shimon Hatzadik station, two chareidim boarded the train and sat down on one of the benches in the train car that the group was sitting in.

The suspect noticed the chareidim and decided to attack them. When the train arrived at the Shu’afat station, the suspect approached the chareidim, waved his hand, and forcefully slapped their faces, as the entire event was being filmed by his friend.

As a result of the suspect’s actions, one of the chareidi boys suffered strong pains in his cheek, and his glasses were broken. The second chareidi felt pain and his glasses flew off his face due to the force behind the slap. According to the indictment, the suspect then sent the video clip of the attack to several other people.

Later, the video clip reached another person, who spread it to many others on social media, captioned in Arabic with the words, “You’ll continue erasing, and I’ll continue uploading, it’s either the Palestinian nation or you.”

At the same time, the Prosecutor’s Office also submitted a request to extend the suspect’s release under restrictive conditions.