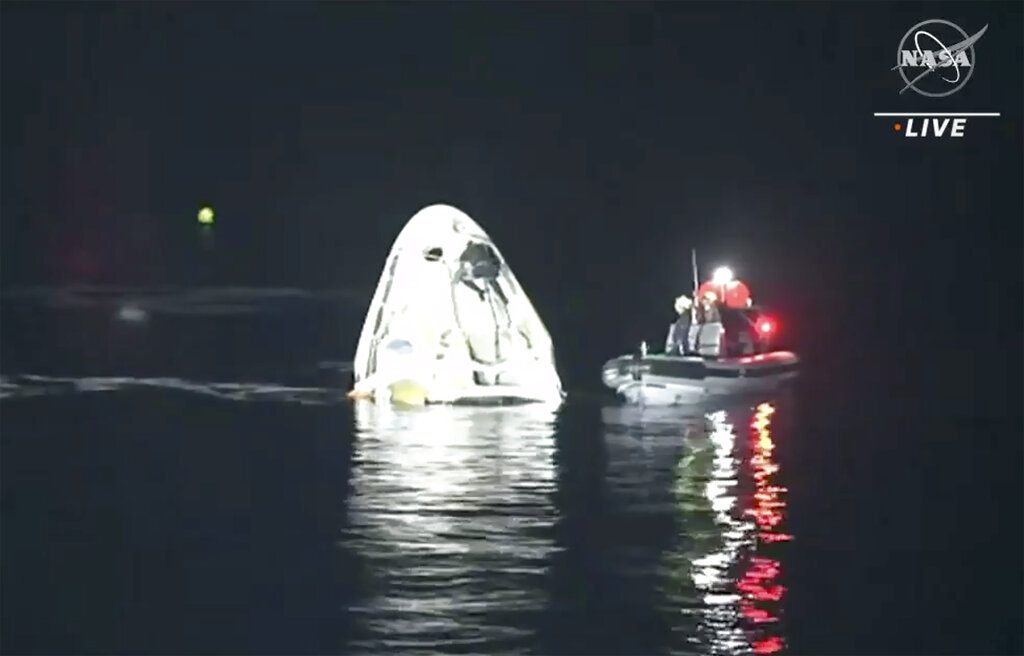 The Dragon capsule parachuted into the Gulf of Mexico off the coast of Panama City, Florida, just before 3 a.m., ending the second space flight for Elon Musk’s company.

It was an express trip home, lasting just six and a half hours.

The astronauts, three American and one Japanese, flew back in the same capsule — named Resilience — in which they launched from NASA’s Kennedy Space Center in November.

“We welcome you back to planet Earth and thanks for flying SpaceX,” SpaceX’s Mission Control radioed moments after splashdown. “For those of you enrolled in our frequent flyer program, you’ve earned 68 million miles on this voyage.”

Within a half-hour of splashdown, the charred capsule — resembling a giant toasted marshmallow — had been hoisted onto the recovery ship.

Saturday night’s undocking left seven people at the space station, four of whom arrived a week ago via SpaceX.