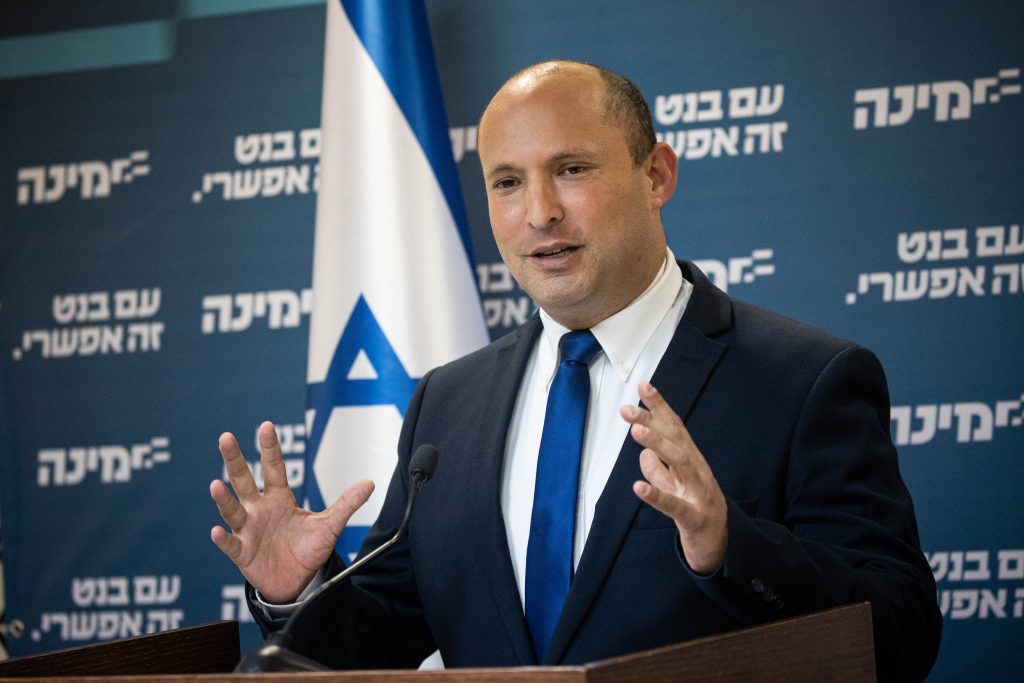 Speculation continued to swirl around the efforts to form a new government on Sunday.

Yamina leader Naftali Bennett is looking forward to obtaining the presidential mandate to assemble a majority with the support of the right-wing bloc — Likud, Shas, United Torah Judaism and Religious Zionism, according to Walla.

Prime Minister Binyamin Netanyahu is considering giving his backing to the idea, the report says.

However, Yamina is denying such a plan.

According to the report, if Bennett fails to form a government with Likud, he will support elections, the fifth in less than two and a half years.

In any event, associates of President Reuven Rivlin were quoted as saying the next mandate would go to Yair Lapid, who has the most recommendations to form a government.

Lapid’s camp has said he still intends to form a coalition that would be led for its first two years by Bennett.

Meanwhile, Blue and White chief Benny Gantz told a meeting of his party: “Even if I’m asked hundreds of times, there is one clear answer: My door is entirely shut to Netanyahu. I am committed solely to the change bloc.”

Last week, in an interview, Gantz seemed to be leaving the door open just a crack, hence the questions.

Time is running out for Netanyahu’s mandate, set to expire at 11:59 p.m. Tuesday.

There will be even less time than that, as coalition negotiations will not be held on Sunday, due to the national day of mourning for the victims at Meron. And Monday, Knesset Speaker Yariv Levin called a special mourning session of the Knesset, because the plenum does not convene on Sundays.