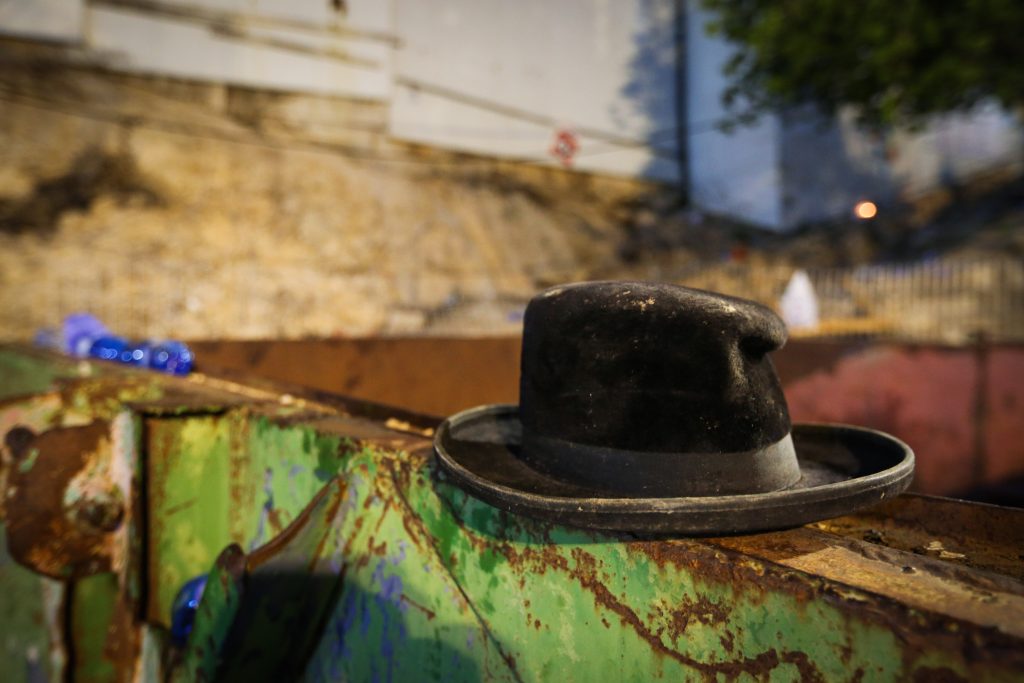 At least 45 people were killed late Thursday night after a stampede broke out as massive crowds gathered at Meron for Lag BaOmer.

Rescue operations were underway Friday morning to evacuate the thousands of people who were still at the scene. The Transportation Ministry sent 300 empty buses to rescue the remaining mispallelim, but they were reportedly stuck in traffic due to the lack of police management of the event.

Some 150 people were injured overnight, with six listed in critical condition, 18 in serious condition, eight in moderate condition, and 80 who were lightly injured, and over 250 of ambulances and six helicopters called to the scene to evacuate the injured, according to Magen David Adom (MDA).

Zaka volunteer Chaim Spielberg said: “While taking care of the deceased, we were shocked to see the phones that did not stop ringing. I was crying when I saw the calls coming from ‘Aba,’ ‘Ima,’ and other family members, who were looking desperately for them.”

Paramedics from Magen David Adom and United Hatzalah provided treatment to the victims, including several who were unconscious, and evacuated them to Hadassah Ein Kerem Hospital in Yerushalayim, Rambam Hospital in Haifa, Ziv Hospital in Tzfas, Poriya Hospital in Teveria and the Galilee Medical Center in Nahariya.

A field hospital was set up at the scene. Israel Police and IDF soldiers worked to evacuate the injured and clear the crowds. Phone service at the scene crashed as thousands attempted to contact family members and emergency services.

Israelis around the country are standing in 90-degree heat to donate blood to the victims.