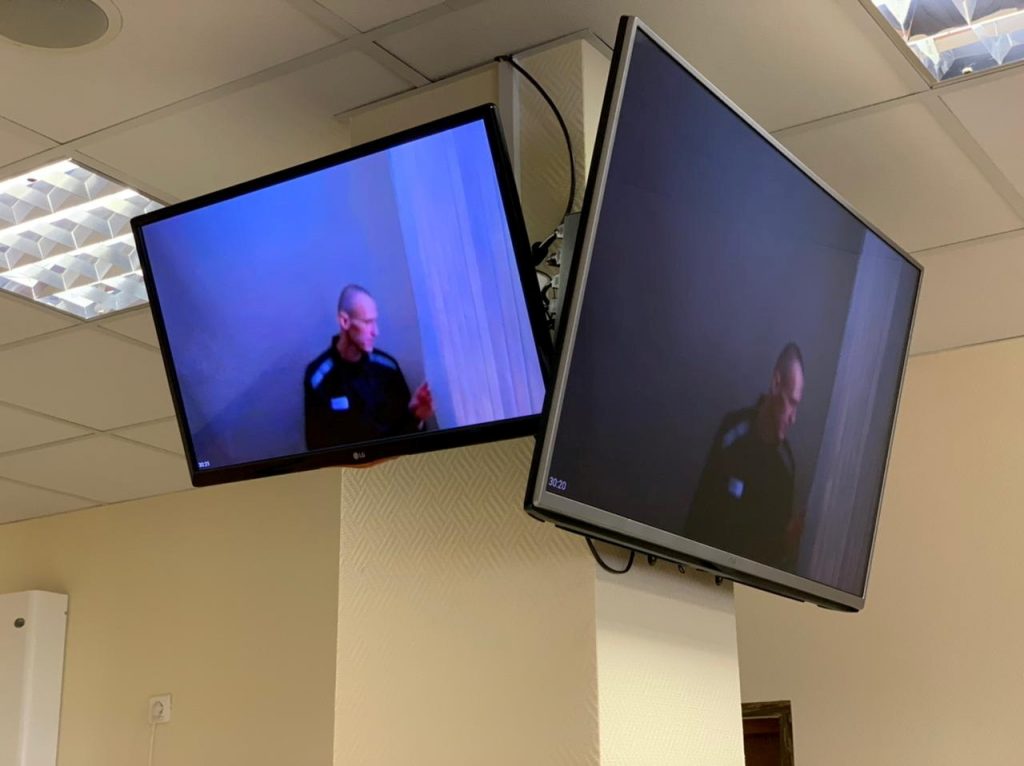 Jailed Kremlin critic Alexei Navalny, looking gaunt and drained after a hunger strike, denounced Russia’s justice system on Thursday as his team said he faced new criminal charges and that it was disbanding a network of regional campaign offices.

In his first appearance since declaring an end to the three-week hunger strike last week, Navalny, his head shaven, remained defiant, though a blurry video link from jail during a legal hearing in a separate case showed he had lost weight.

Rejecting accusations in the separate case of defaming a World War II veteran, Navalny said, “I demand that people who signed signatures [against him and] the prosecutors be brought to criminal justice.”

But after weeks of mounting pressure, his allies announced they were disbanding his network of campaign offices across Russia as a court considers whether to declare them and his Anti-Corruption Foundation (FBK) “extremist.”

If the network is declared extremist, authorities will gain the legal power to hand down jail terms to activists and freeze bank accounts. The court said on Thursday it would hold its next hearing in the case on May 17.

“Maintaining the work of Navalny‘s network of headquarters in its current form is impossible: It would immediately… lead to criminal sentences for those who work in the headquarters, who collaborate with them and for those who help them,” Leonid Volkov, one of Navalny‘s close allies, said in an online video.

He said many of the offices would try to function as entirely independent regional structures led by their own leaders.

The FBK has already been partially barred from accessing its bank accounts and from organizing protests and publishing media articles.

Navalny‘s allies also said a new criminal case had been opened against him for allegedly setting up a non-profit organization that infringed on the rights of citizens.

Navalny, 44, is serving a 2-½ year jail sentence for parole violations on an earlier conviction that he says was politically motivated.

He declared his hunger strike in prison on March 31 to demand proper medical care for leg and back pain, but said on April 23 that he would start gradually ending it after getting medical care. Pressure has been mounting on him and his campaigning against political and business corruption for months. Last year, Navalny accused President Vladimir Putin of being behind an attack on him with a nerve agent that he survived.

Russian authorities denied any involvement and questioned whether he was even poisoned but Western countries have imposed sanctions on Moscow over its treatment of Navalny. Navalny recovered in Germany from the nerve agent attack, but was arrested on his return to Russia in January and sentenced the following month. He has also been convicted of defamation in the separate case against him, which he denies.