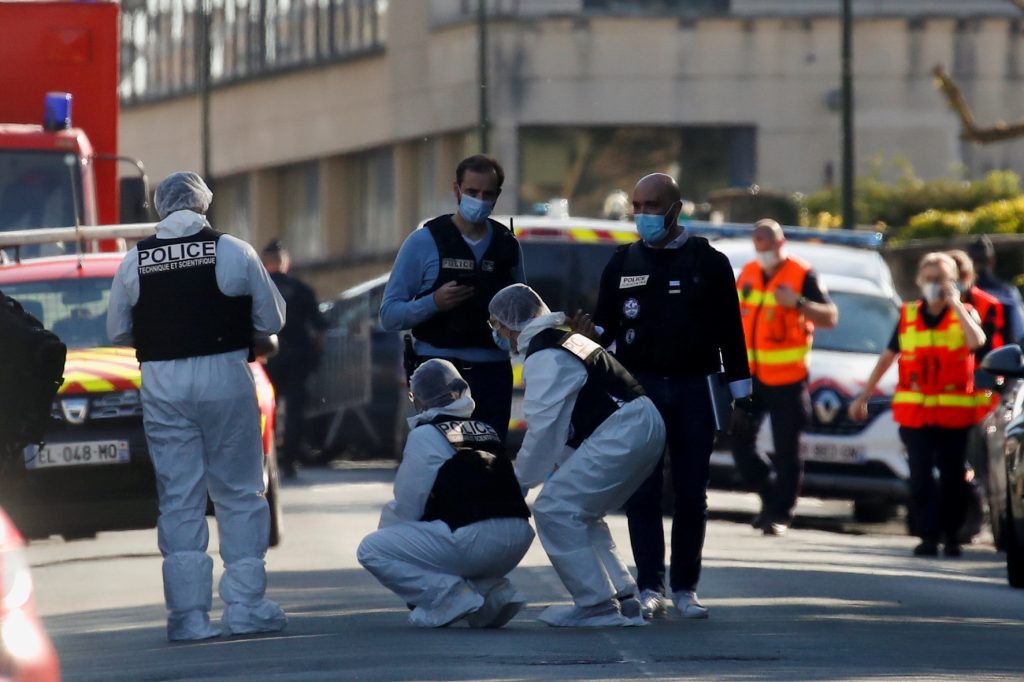 The murder has shocked France, which faces a presidential election next year at which issues such as fears over terrorist attacks, immigration and violent crime will dominate the agenda.

Ricard told a news conference on Sunday that the official investigation had shown that the assailant, identified as “Jamel G.,” looked at the videos on his phone just before his knife attack on the police worker, a mother-of-two called Stephanie.

Stephanie died from stab wounds, while Jamel G was subsequently shot dead by police after the attack at a police station in Rambouillet, a commuter suburb south of Paris.

French President Emmanuel Macron said last Friday, in reaction to the killing in Rambouillet, that France had again been the victim of a terrorist attack.