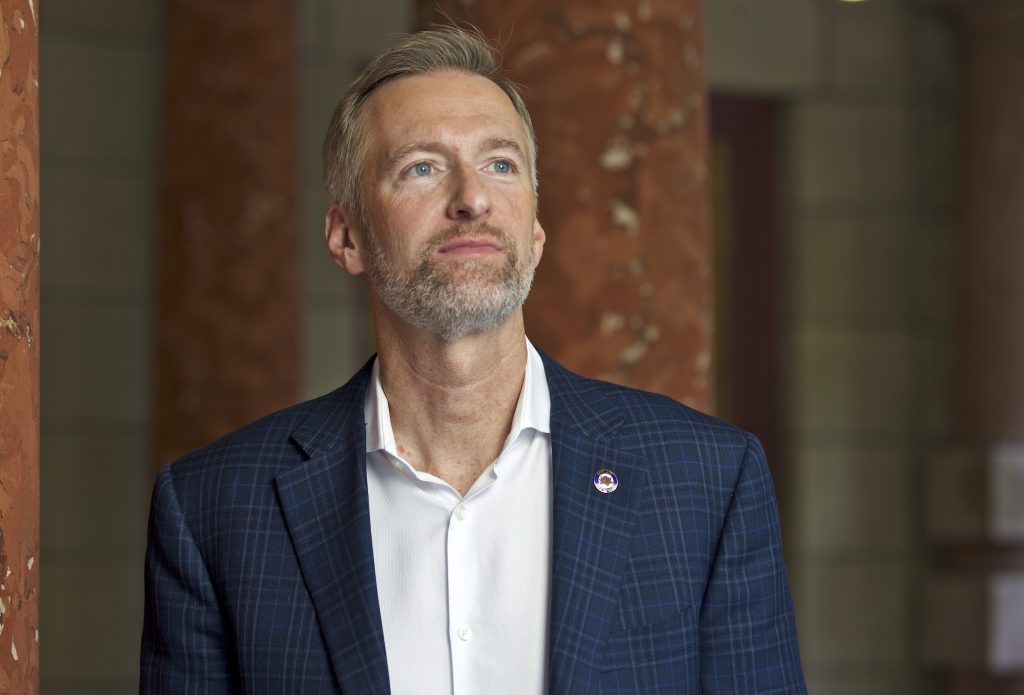 The mayor of Portland, Ore., asked residents for help Friday in putting an end to a wave of violent protests that have erupted in recent weeks – and periodically since last summer – and urged the public to stand together and “take the city back.”

“They want to burn, they want to bash, they want to intimidate, they want to assault,” Mayor Ted Wheeler, D, said Friday, after announcing that the city would extend its state of emergency through Monday after a string of demonstrations that have resulted in several businesses being vandalized and public buildings defaced.

“Our job is to unmask them, arrest them and prosecute them,” he said, and asked the public to contact the police and provide them with information about the rioters, write down their license plate numbers or film them when they commit acts of vandalism.

Wheeler asked for residents’ cooperation, which he underlined should be in a nonconfrontational manner, ahead of a march planned for Friday night that was announced on social media as an “autonomous demonstration.”

The march began around 9 p.m. in northwest Portland, with around 75 people mostly dressed in black, and was declared a riot by the police soon after protesters began blocking streets, breaking windows of a Starbucks and writing graffiti on a restaurant and a bus shelter, according to a police statement.

A small group of participants also pushed their way into a restaurant.

Officers arrested two people, both 29, and charged them with criminal mischief in the first degree.

The police said that they had found a flier with the instructions: “bloc up, be water, no megaphones, no streamers.” Such words had been included on fliers on previous nights when people “armed with weapons used to cause damage, wearing helmets, body armor, and gas masks” had committed “crimes such as criminal mischief, arson and assault,” the police said in a statement before the march.

The fact that the flier discouraged live-streaming led the police to believe that the participants intended to commit crimes and wanted to avoid video evidence that could be used to identify and arrest them, the statement added.

Ahead of the march, Wheeler also instructed police to intervene and stop “the self-described anarchist mob” from engaging in “criminal destruction” as he underscored the need for the community to stand together.

“Our community needs to resume their lives, people need to go back to work, employers need to be able to reopen,” Wheeler said, adding that he supported “all police tactics” needed, including the controversial “kettling” maneuver, which is to surround, box and contain a crowd by blocking off exit points and then making arrests.

The mayor also commended Black and Black Lives Matter leaders who have spoken against the violence.

In the same video conference, Chris Davis, deputy chief of the Portland Bureau of Police, said the community is tired of “pointless violence” and added that they are seeing the same people join these demonstrations, with several of them having been arrested more than once for crimes ranging from disorderly conduct to arson, and even attempted murder.

Friday’s unrest was the latest in a recent string of violent incidents in the city.

Last Monday, a group of about 80 people protested outside a police precinct and smashed windows at Blazers Boys & Girls Club across the street, causing thousands of dollars in damages to the nonprofit that serves neighborhood youths.

“We are heartbroken,” Terry Johnson, the club’s CEO, told KPTV FOX 12 Oregon. “Any time our building is impacted, we can’t provide a safe space for serving our kids.”

Johnson added that he supported peaceful protest to address systemic criminal justice and police brutality issues in the country.

The week before, during another large demonstration decrying the police killing of Daunte Wright in Minnesota and a fatal police shooting in South Portland, protesters lit fires, smashed windows at the First Christian Church as well as the Oregon Historical Society, and defaced a concert hall, local media reported.

The city of Portland has been the epicenter of continuing protests against racial injustice and police brutality since last summer.

After George Floyd’s death, thousands of protesters poured into the streets for more than 100 straight days, and some engaged in violent clashes with police, throwing firebombs, rocks and bottles at officers, while police responded with tear gas.

In September, the anti-police demonstrations reached a violent climax when Michael Forest Reinoehl, an antifa supporter, allegedly shot and killed a supporter of a far-right group. Reinoehl was later killed by federal authorities when they tried to take him into custody.