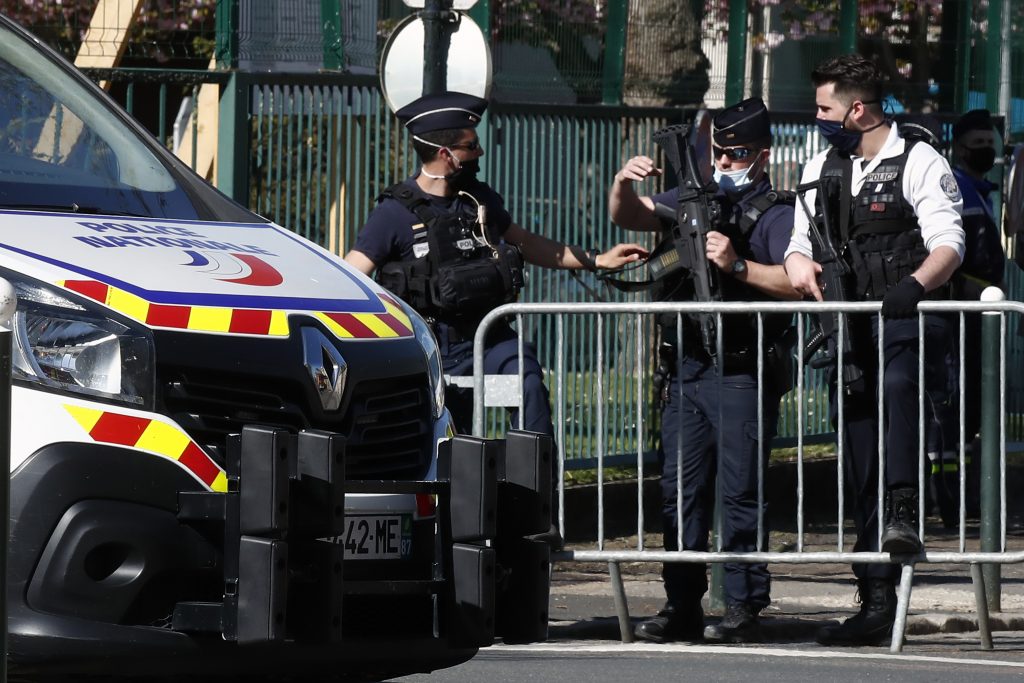 French prosecutors opened a terrorism investigation into the fatal stabbing Friday of a French police official inside her police station near the historic Rambouillet chateau outside Paris. Police shot and killed the attacker at the scene, authorities said.

Anti-terrorism prosecutor Jean-Francois Ricard told reporters that his office took over the probe because the attacker had staked out the station, because of statements he made during the attack, and because he targeted a police official.

Ricard did not provide details on the attacker’s identity or motive. French media reports identified him as a 37-year-old Tunisia-born French resident with no criminal past or record of radicalization.

French Prime Minister Jean Castex rushed to the scene with other officials and pledged the government’s “determination to fight terrorism in all its forms.” Islamic extremists and others have carried out multiple terror attacks in France recent years, including several targeting police.

“Police are symbols of the republic. They are France,” Valerie Pecresse, president of the Paris region, told reporters at the scene, adding that “The face of France” was targeted.

The attack took place southwest of Paris just inside the police station in a quiet residential area of the town of Rambouillet, about 750 yards from a former royal estate that is sometimes used for international peace negotiations.