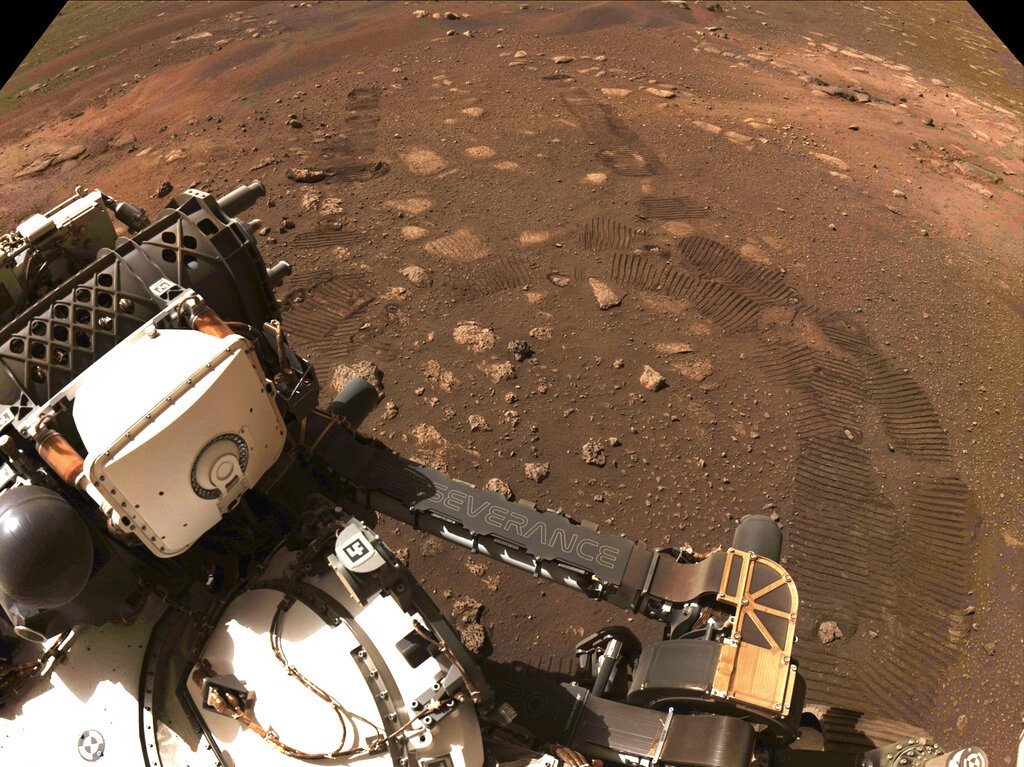 The Perseverance rover, in the first test of its MOXIE technology, converted some of the carbon dioxide on Mars into oxygen.

The little robot is conducting experiments and exploring as it rolls around the dusty surface of the red planet. In a first, the rover successfully created 5.4 grams of oxygen, enough to sustain an astronaut for ten minutes with the MOXIE instrument. MOXIE stands for Mars Oxygen In-Situ Resource Utilization Experiment, CNN reported.

The MOXIE, which is roughly the size of a toaster and installed on the rover, showed promising results. As the technology improves, scientist hope to use the plentiful carbon dioxide in the red planet’s atmosphere to convert into oxygen life support systems for astronauts and sources for rocket fuel.

It works by splitting up the tiny molecules of carbon dioxide, which are made up of infinitesimal carbon atoms and oxygen atoms.  The carbon is discarded as waste, and the oxygen is utilized.

If people were to travel to Mars, the astronauts would need tens of thousands of pounds of rocket fuel and oxygen and take up critical room for supplies on a spaceship. But a more sophisticated version of the MOXIE could allow them to create the oxygen as they go and once they arrive.

“This is a critical first step at converting carbon dioxide to oxygen on Mars,” said Jim Reuter, associate administrator for NASA’s Space Technology Mission Directorate. “MOXIE has more work to do, but the results from this technology demonstration are full of promise as we move toward our goal of one day seeing humans on Mars. Oxygen isn’t just the stuff we breathe. Rocket propellant depends on oxygen, and future explorers will depend on producing propellant on Mars to make the trip home.”