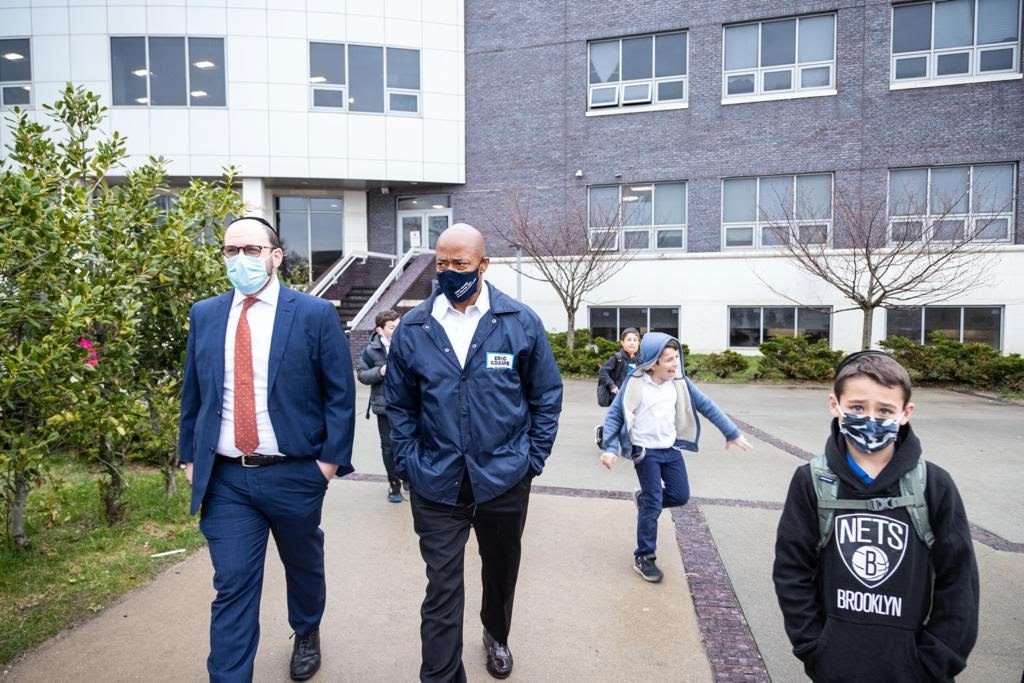 Adams had come under fire several months ago for saying he would enforce yeshiva compliance with governmental secular-studies standards, but subsequently has visited yeshivas and spoken in favor of acceptance of education offered  by different cultures. Last month, after visiting a Boro Park yeshiva with Assemblyman Simcha Eichenstein, Adams tweeted, “What I saw were young people excited to learn, Yiddish & English studies. We’re a diverse city, & our education system must be culturally sensitive to provide the highest quality education.”

Following the visit to Darchei Torah, Menashe Shapiro, a consultant to Adams’ campaign, told Hamodia, “Eric Adams has long understood the diversity of this city, and has a long-standing relationships in every corner of the Jewish community. His reaching out to Jewish leaders in all five boroughs is more than just seeking monolithic support for the election; it’s about building a broad governing coalition for when he’s mayor.”