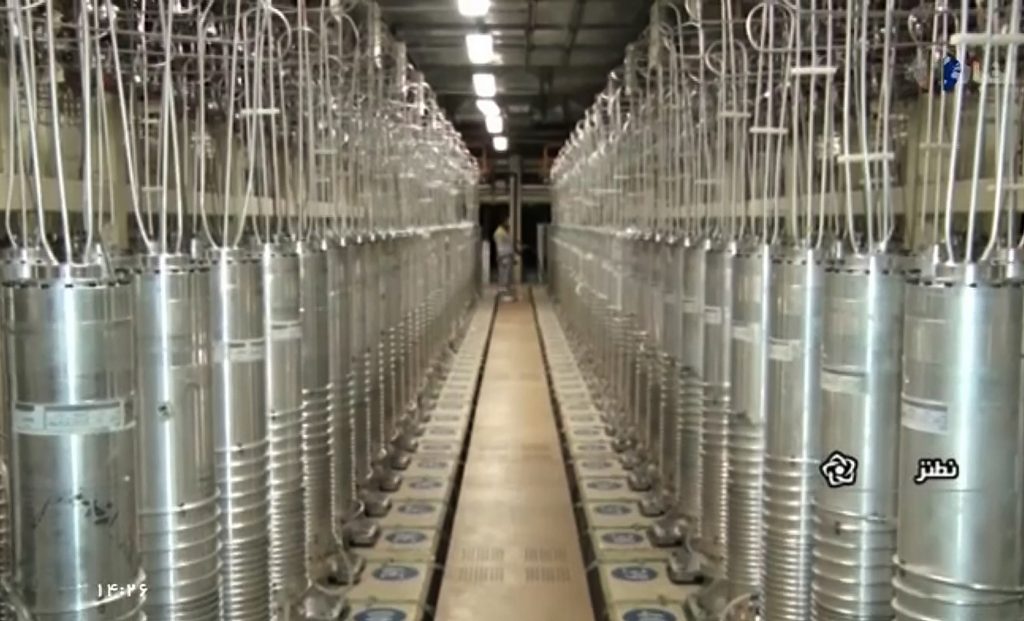 Iran on Saturday named a man it wants arrested in connection with a recent explosion and power outage at its main Natanz nuclear plant, as talks got underway in Vienna to try to save Tehran’s 2015 nuclear deal with world powers.

“Reza Karimi, the perpetrator of this sabotage… has been identified” by Iran’s Intelligence Ministry, state media said. It said the suspect had fled Iran before last Sunday’s blast that the Islamic Republic has blamed on arch-foe Israel.

Officials from the remaining parties to Iran’s nuclear deal began a formal meeting in Vienna, suggesting that this round of talks which began on Thursday was wrapping up.

The news channel showed what it said was a photograph of the suspected perpetrator on a red card that had “Interpol Wanted” written on it. The card listed his age as 43.

“Necessary steps are underway for his arrest and return to the country through legal channels,” the report added.

State media also aired footage of rows of what it said were centrifuges that had replaced the ones damaged in the blast at the Natanz uranium enrichment plant.

It added that “a large number” of centrifuges whose enrichment activity was disrupted by the explosion had been returned to normal service, the report said.

Iran and global powers are meeting in Vienna to try to rescue the 2015 nuclear deal abandoned by Washington three years ago. The talks are potentially complicated by Tehran’s decision to ramp up uranium enrichment and what it called Israeli sabotage at the Natanz nuclear site.

“In Tehran, nothing will be accepted but the removal of all sanctions, including those related to the JCPOA (nuclear accord), re-imposed and relabeled during the Trump era,” the unnamed source told Iran’s state-run Press news channel.

Israeli media outlets have quoted unnamed intelligence sources as saying the country’s Mossad service carried out the Natanz sabotage operation. Israel has not formally commented on the incident.