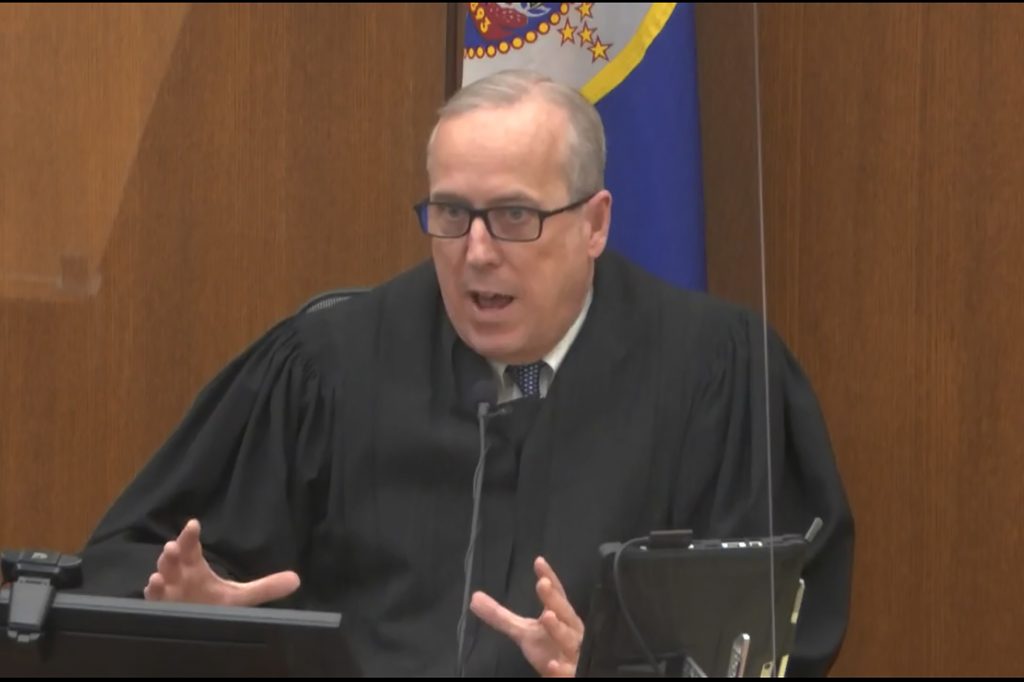 Former Minneapolis policeman Derek Chauvin waived his right to testify to the jury at his murder trial for the deadly arrest last May of George Floyd.

The defense also told Hennepin County District Judge Peter Cahill it would call no more witnesses after two days of testimony. Prosecutors from the Minnesota attorney general’s office said they would call at least one rebuttal witness.

Chauvin, who is white, was seen in bystander video kneeling on the neck of Floyd, a 46-year-old Black man in handcuffs, for more than nine minutes after Floyd was accused of using a counterfeit $20 bill to buy cigarettes. The footage of his death sparked global protests against the disproportionate use of force by police against Black people.

His lawyers called an expert on the use of force to tell the jury that Chauvin’s use of force was appropriate, contradicting the Minneapolis police chief, who testified that it far exceeded an appropriate response.

They also called a forensic pathologist who said Floyd, whose death was ruled a homicide at the hands of the police, really died of heart disease, and that the exhaust fumes of the adjacent police car may have also poisoned him.