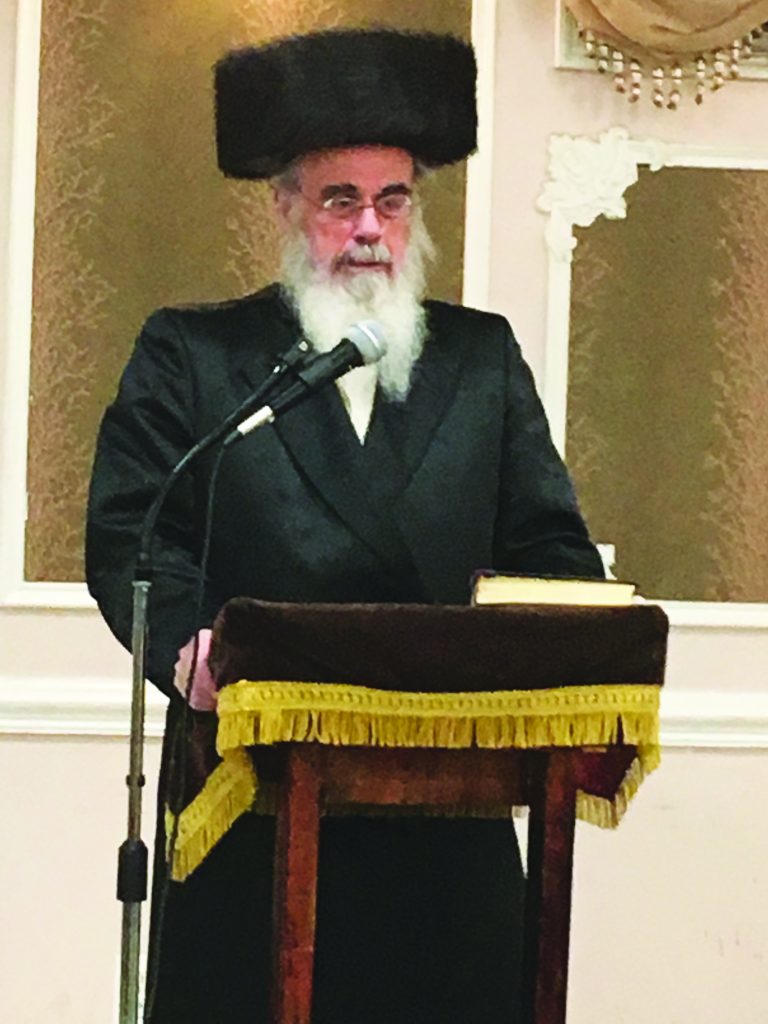 The Torah world, and the New York Jewish community in particular, was grieved to learn of the petirah of Harav Yisroel Pinchas Gornish, zt”l, Rav of Khal Chizuk Hadas-Radichov in Flatbush and one of the senior Rabbanim in Brooklyn. His passing leaves a void that is irreplaceable for his mispallelim and the community at large.

Rav Gornish was born to Reb Yitzchok Tzvi Gornish, z”l, and his wife, Zissel, a”h, who resided in Philadelphia and were part of a small enclave of erlicher families who approached their Yiddishkeit in earnest and without compromise.

As a young man, he went to learn at Yeshivas Ner Yisroel in Baltimore where he received semichah from the Rosh Yeshivah, Hagaon Harav Yaakov Yitzchok Ruderman, zt”l. He became a close talmid of the Mashgiach, Harav Dovid Kronglas, zt”l, whom he would cite years later as a Rav in his shalosh seudos talks and on other occasions.

After his marriage to the Rebbetzin, the former Sheindel Rivka Moster, shetichye, daughter of Harav Moshe Moster, zt”l, a scion of the Belzer dynasty, the young couple settled in Flatbush. Rav Gornish was the first magid shiur in Mesivta Torah Temimah, where he taught 9th grade in 1976-1977. He learned and forged a kesher with the eminent poskim Harav Yechezkel Roth, zt”l, and Harav Shlomo Zalman Braun, zt”l, gaining shimush that would serve him well later on in his role as a leading Rav and posek.

Rav Gornish served as a beacon of chizuk and inspiration for the Flatbush community for four decades, and his shul was a center of chessed as well. The Rav and, ybl”c, the Rebbetzin, shetichye, were extraordinarily devoted to the community, assisting people in a myriad of ways and transmitted those qualities of caring and compassion to those under their influence. In return, the mispallelim were exceptionally devoted to them and the shul. Under their hadrachah, many Yidden were influenced to upgrade their level of observance.

For the last 20 years, the shul has hosted gratis a yeshivah and kollel. The Rav occasionally delivered shiurim to the bachurim and yungeleit and learned mussar with bachurim. He would say that he felt a sense of hakaras hatov to the lomdim for the chizuk they provide by learning in his beis medrash every day.

He was a well-known expert in hilchos mikvaos, and communities around the country invited him to visit and provide guidance on building and maintaining mikvaos.

Around 40 years ago, concern arose regarding the methods of treiboring, removing cheilev in kosher domestic livestock after shechitah, a weighty Torah prohibition punishable by kares. Rav Gornish took particular interest in this area, which led him into the field of kashrus and hashgachah. Years later, a prominent community Rav who spoke at the Chizuk Hadas melaveh malkah said that while he does not usually accept invitations to speak on these occasions, he made an exception out of a sense of appreciation to Rav Gornish for upgrading the standards of kashrus in the community.

Despite his stature in Torah and yiras Shamayim, Rav Gornish was a paradigm of pashtus and modesty, always keeping a low profile.

Rav Gornish is survived by his brother Gerald, the Rebbetzin, shetichye, his sons Harav Yitzchak, Harav Yosef, Harav Shlomo and Harav Dovid, and grandchildren and great-grandchildren who are following in the path he forged for them.