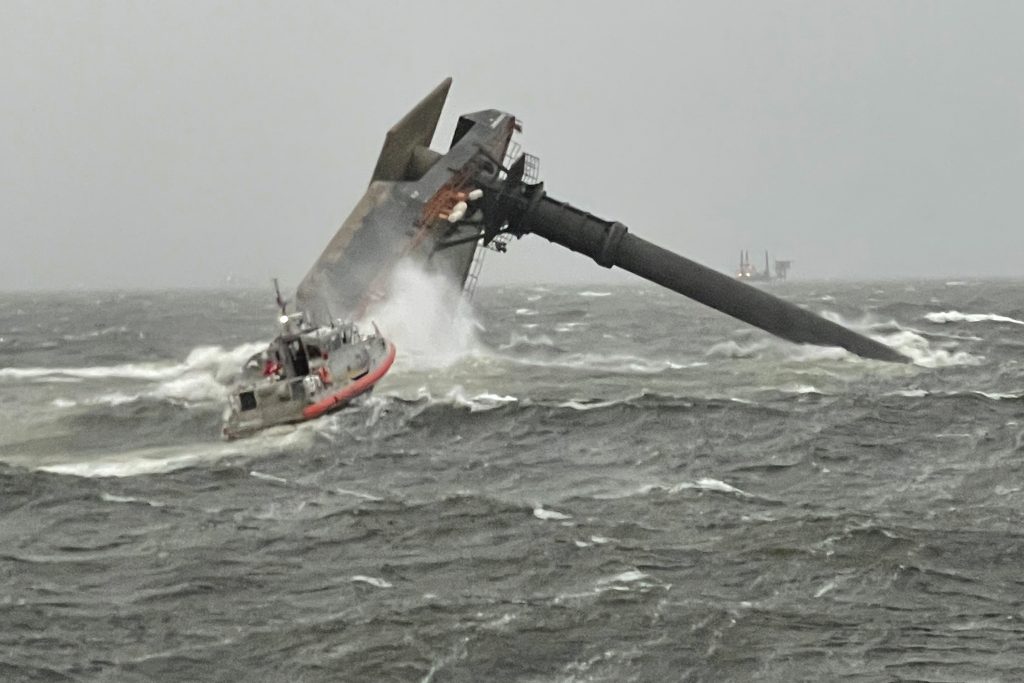 The Coast Guard and multiple other boats rescued six people onboard a commercial lift boat that capsized off the coast of Louisiana on Tuesday night and were searching for more, the agency said.

The U.S. Coast Guard Heartland said in a statement at around 8 p.m. that it and several “good Samaritan” vessels were responding to an area in the Gulf of Mexico south of Grand Isle after the 265-foot (81-meter) boat overturned.

The Coast Guard also said a search plane was flying in to assist, The Advocate reported.

The agency warned in an online post that there were “significant hazards to life and property” following flooding and storms that passed through the area earlier Tuesday, causing damage in New Orleans and surrounding communities.

It was not immediately clear how many people were onboard the boat or whether there were any injuries.