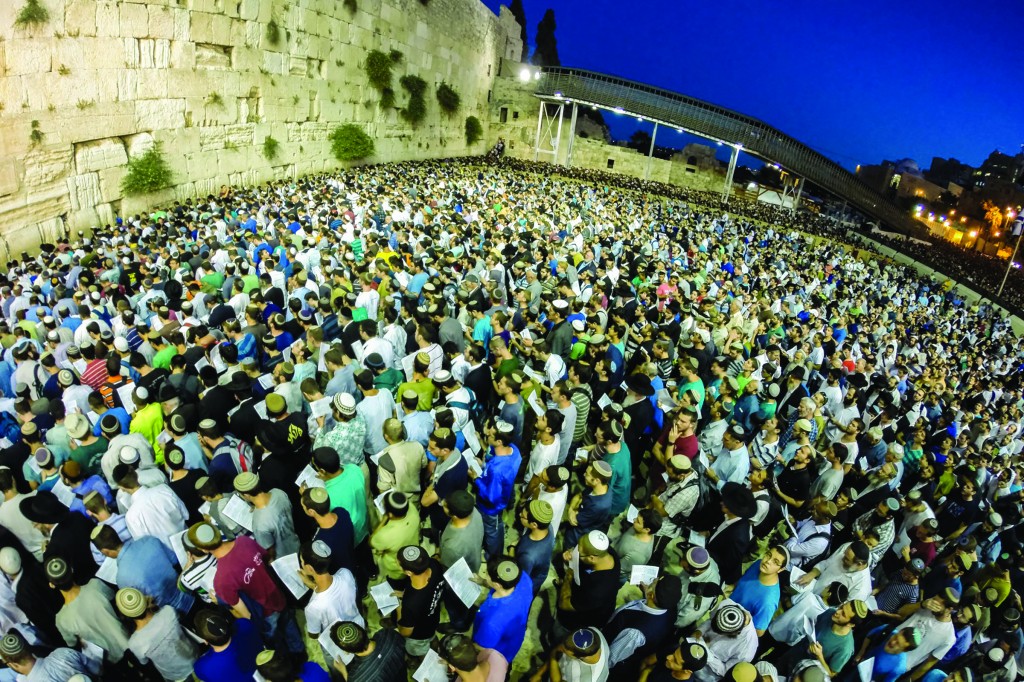 The proportion of Jews in Israel’s population fell below 74% for the first time this year, data from the Central Bureau of Statistics (CBS) published on Monday in honor of Israel’s 73rd Independence Day revealed.

The report shows that close to the establishment of the state in 1948, the Jewish percentage of the population stood at 82.1%, while today it stands at only 73.9%. On Israel’s 70th Independence Day, the rate of Jews was 74.5%, a decrease of more than half a percent in just three years.

Additional data reveals that on the eve of this Independence Day, the population of Israel is about 9.327 million. Segmentation shows that about 6.984 million are Jews (73.9%) and about 1.966 million are Arabs (21.1%), including Muslims (and Circassians), Arab Christians (including Armenians) and Druze. About 467,000 people defined as others, including non-Arab Christians, members of other religions and those registered as having no religious classification in the population registry.

Since the establishment of the state, about 3.3 million immigrants have immigrated to Israel, with around 1.5 million of them arriving since 1990, with the beginning of the great wave of immigration from the former Soviet Union. During this period, about 129,000 citizens born abroad also immigrated to Israel.

The CBS data also show that at the end of 2019, about 46% of the total Jewish population in the world lived in Israel and about 78% of the Jews in Israel were natives. Another statistic reveals that the population of Israel is a young population, with about 28.1% of them being children aged 0-14 and about 12% aged 65 and over.

“This year, too, the proportion of the Jewish population in the State of Israel continued to decline rapidly, largely due to immigration, but most of the public is unaware of the tectonic demographic changes,” said Yonatan Jakubowicz, executive director of the Israeli Immigration Policy Center. “The CBS data emphasize the strategic importance of a responsible immigration policy that will safeguard Israel’s interests as a Jewish and democratic state.”