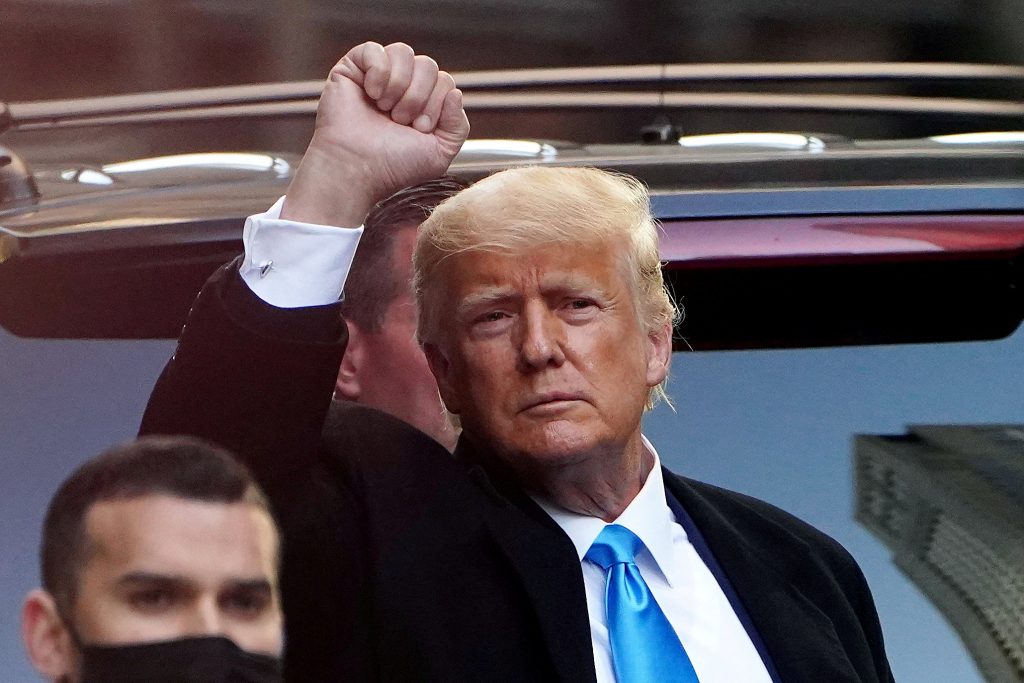 At a dinner at his Mar-a-Lago Club for Republican National Committee donors in Palm Beach, Florida, Trump made clear he is still irked at his inability to hang on to the White House despite losing the Nov. 3 election to Democrat Joe Biden, who is now president.

McConnell drew Trump’s ire in the aftermath of the election for stating the obvious – that Biden had won the presidency – and the two remain at odds.

Before leaving office, Trump had scolded Pence for not intervening to stop the congressional certification of the vote tally, an authority the vice president did not have.

The vote certification was the backdrop for the events on Jan. 6 when pro-Trump protesters stormed the U.S. Capitol.

Departing again from his prepared text, Trump said he had spoken to Pence recently and told him he was still disappointed in him, the attendee said.

Representatives for McConnell and Pence did not immediately respond to requests for comment.

In prepared remarks seen by Reuters, Trump sought to position himself as the Republican kingmaker, saying he wanted to talk “about the future of the Republican Party – and what we must do to set our candidates on a course to victory.”

“I stand before you this evening filled with confidence that in 2022, we are going to take back the House (of Representatives) and we are going to reclaim the Senate. And then in 2024, a Republican candidate is going to win the White House,” he said.

Trump has spent the 2-1/2 months since his chaotic exit from the White House considering requests from 2022 candidates for his endorsement and has been giving them his blessing based on whether they support him and his agenda or not.

He has said any talk of his own plans – the Constitution gives him the right to seek another four-year term – should wait until after the November 2022 elections.

A variety of other Republicans are considering their own potential runs for the party’s presidential nomination in 2024, such as Trump’s former secretary of state, Mike Pompeo, and Florida Governor Ron DeSantis.

While Biden defeated Trump by millions of votes, the Republican made inroads among traditional Democratic voters such as Hispanics and African Americans.

Trump, who also sprinkled his remarks with attacks on Biden, said the key to victories in 2022 is to build on those gains, saying “the Republican Party will succeed and grow in the future by embracing its destiny as the champion of working-class Americans.”