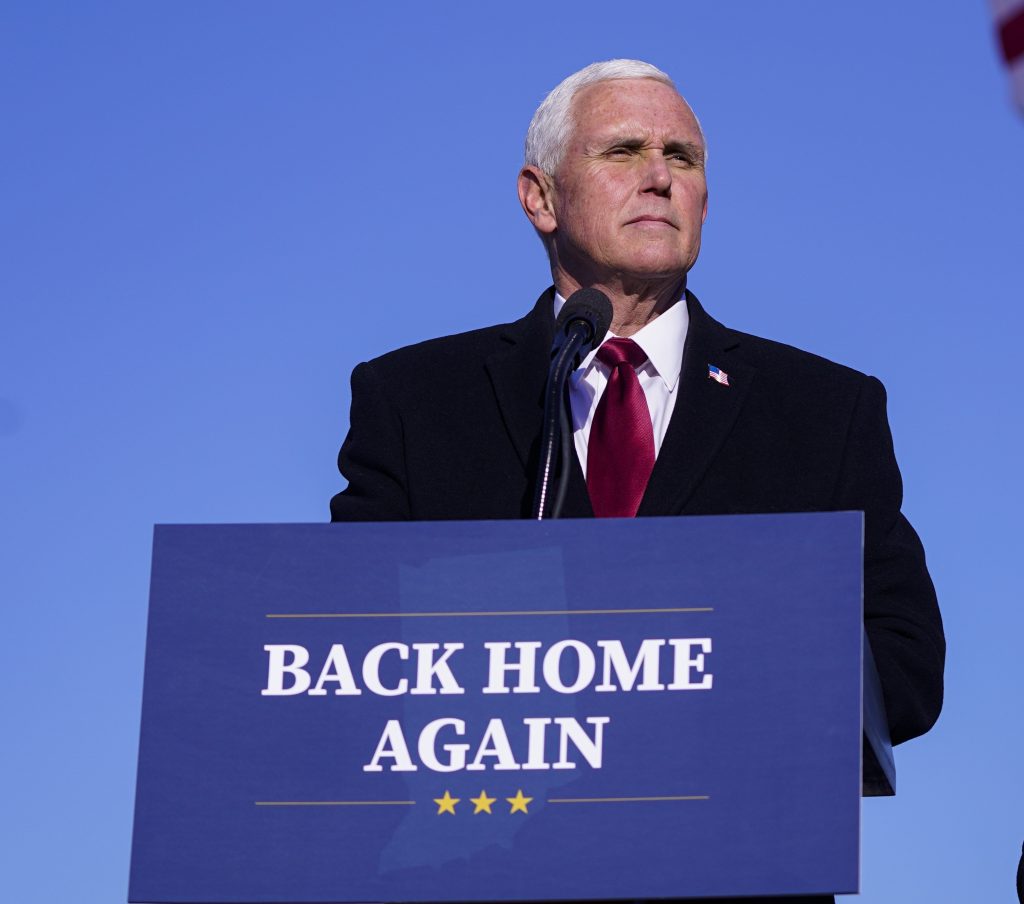 Former Vice President Mike Pence launched a new advocacy group on Wednesday as he and other Trump officials look to boost their post-White House plans.

Pence’s Advancing American Freedom, which could serve as a springboard for his own presidential campaign, will aim to promote the Trump administration’s achievements and work as a counterpoint to the Biden agenda.

The new group is one of several launched in recent weeks by former aides of President Donald Trump. Shunned by corporate big money gigs, they are instead opening their own shops and embracing Trump’s legacy as they seek to capitalize on his continued popularity with the Republican base.

They include Trump’s former senior policy adviser Stephen Miller, the architect his immigration policies, who on Wednesday announced the creation of America First Legal, a group that Miller envisions as an American Civil Liberties Union for conservatives.

In a statement, Trump lauded Miller and his group. The former president said that conservatives “badly need to catch up” and “turn the tables” in court and that Miller’s group would “fill this critical void.”

He also acknowledged Pence’s group, telling The Washington Examiner, which first reported its launch, “Nice to see Mike highlighting some of our many achievements!”

Pence’s group includes an unpaid advisory board made up of conservative leaders including the pro-life advocate Marjorie Dannenfelser and Ed Meese, who was President Ronald Reagan’s attorney general, as well as former Trump administration officials including former counselor Kellyanne Conway, economic adviser Larry Kudlow and U.S. Trade Representative Robert Lighthizer. That makeup is a nod to Pence’s broader effort to position himself as someone who can appeal to various parts of the party.

A Pence aide said the group, which is widely seen a part of the groundwork for a potential 2024 run, will focus on a broad range of issues, from school choice to energy independence to foreign affairs. It will likely target its initial efforts, including direct mail and media appearances, on the influx of unaccompanied migrant children arriving at the U.S.-Mexico border and the Biden administration’s proposed corporate tax increases.

At the same time, Pence is expected to ramp up his public schedule, beginning with his first public speech in South Carolina this month.

Pence’s status as a potential Trump heir was thrown into question when he refused to go along with Trump’s efforts to overturn the results of the 2020 election in Congress. Trump continues to flirt with running again himself and will speak this weekend in Florida, where members of the Republican National Committee will be meeting.

Other groups dedicated to promoting Trump’s agenda have also launched or are in the works.

Russell Vought, who led Trump’s Office of Management and Budget, recently created the Center for American Restoration, a think tank dedicated to advancing the former administration’s agenda. Former Housing and Urban Development Secretary Ben Carson has his own American Cornerstone Institute. And Kudlow is teaming up with Trump’s former domestic policy adviser Brooke Rollins on their own nonprofit, Politico has reported.