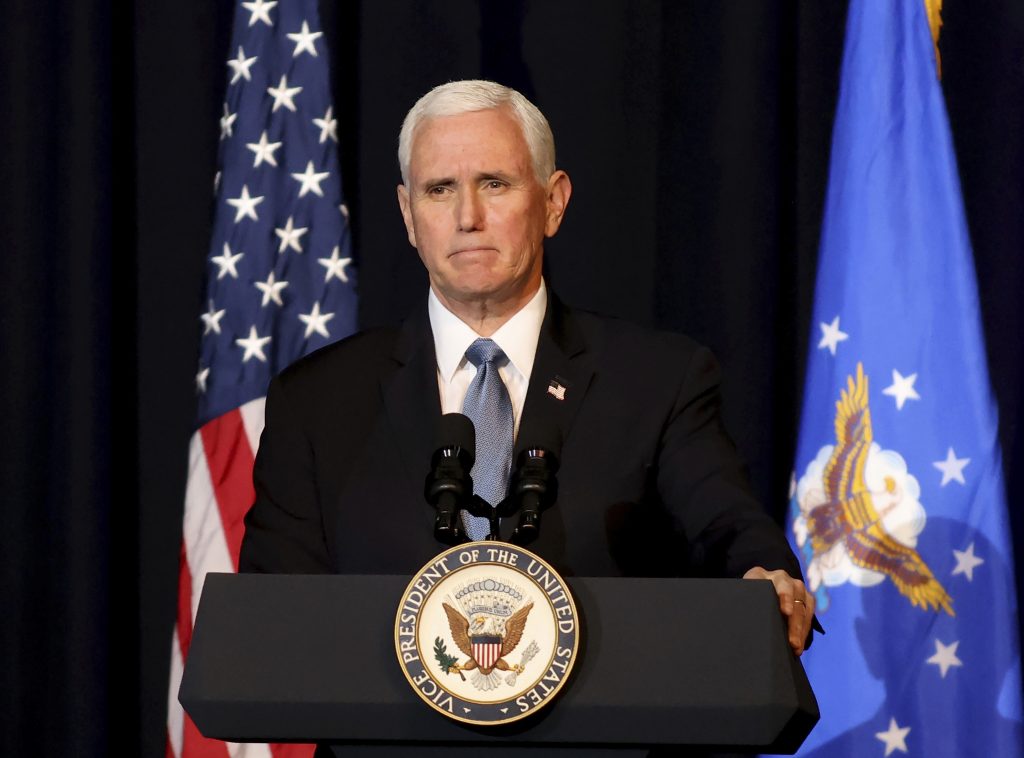 Former Vice President Mike Pence has a book deal. His autobiography, currently untitled, is scheduled to come out in 2023.

“I am grateful to have the opportunity to tell the story of my life in public service to the American people, from serving in Congress, to the Indiana Governor’s office and as Vice President of the United States,” Pence said in a statement. “I look forward to working with the outstanding team at Simon & Schuster to invite readers on a journey from a small town in Indiana to Washington, DC.”

According to Pence’s agent, David Vigliano, “all major publishers” competed for the book, and the deal was worth “well into seven figures.” A top editor from a rival publishing house confirmed that amount. The editor was not authorized to discuss negotiations and asked not to be identified.

Simon & Schuster announced Wednesday that it also signed Pence to a second book but did not immediately provide details. Pence is the first major Trump administration official to have an announced deal since the president left office in January, although former White House advisor Kellyanne Conway and former Secretary of State Mike Pompeo are among those reportedly working on books.

At this time in 2017, former President Barack Obama; former first lady Michelle Obama; former Vice President Joe Biden and his wife, Jill Biden; and former Secretary of State John Kerry were among the recently departed Obama administration officials who had agreed to book deals. Several top publishing executives have told The Associated Press that they were not interested in a Trump memoir, citing the siege of the US Capitol on Jan. 6 by Trump’s supporters. Publishers also have expressed wariness about other members of the Trump administration, worrying about a backlash from readers, authors and employees.

A Pence memoir will likely be subject to similar tensions the former Vice President has faced since he refused then-President Donald Trump’s demands that he help overturn the election results. Among Democrats and others who opposed Trump, Pence is widely seen as Trump’s loyal and complicit ally. Meanwhile, Trump supporters, and Trump himself, denounced him for not intervening Jan. 6 in Congress’ formal certification of Biden’s presidential victory.

The certification — which Pence had no power to change — was delayed for hours after hundreds of Trump supporters, some chanting “Hang Mike Pence,” stormed the U.S. Capitol.

Simon & Schuster Vice President and Publisher Dana Canedy said that Pence’s book would be “revelatory,” without specifically saying whether he would address the events of Jan. 6.

“Vice President Pence’s life and work, his journey as a Christian, the challenges and triumphs he has faced, and the lessons he has learned, tells an American story of extraordinary public service during a time of unrivaled public interest in our government and politics,” Canedy said. “His revelatory autobiography will be the definitive book on one of the most consequential presidencies in American history.”

A Simon & Schuster spokesperson declined comment on what Pence planned to say about Jan. 6, and referred back to Canedy’s statement.

The signing of Pence comes three months after Simon & Schuster dropped a book by Sen. Josh Hawley of Missouri, who had supported the rally in Washington which preceded the overrunning of the Capitol. Simon & Schuster has published several anti-Trump books over the past two years, including former National Security Advisor John Bolton’s “The Room Where It Happened” and niece Mary Trump’s “Too Much and Never Enough.” Its other authors have included Trump supporter Sean Hannity; the candidate Trump defeated in 2016, Hillary Clinton, and Trump himself.

Pence’s book deal continues the former vice president’s re-emergence since January. On Wednesday, he launched an advocacy group, Advancing American Freedom, which will promote the Trump administration’s record and could serve as a springboard for a Pence presidential run in 2024. The advisory board includes pro-life advocate Marjorie Dannenfelser and Ed Meese, who was President Ronald Reagan’s attorney general, and such former Trump administration officials as Conway, economic adviser Larry Kudlow and U.S. Trade Representative Robert Lighthizer.