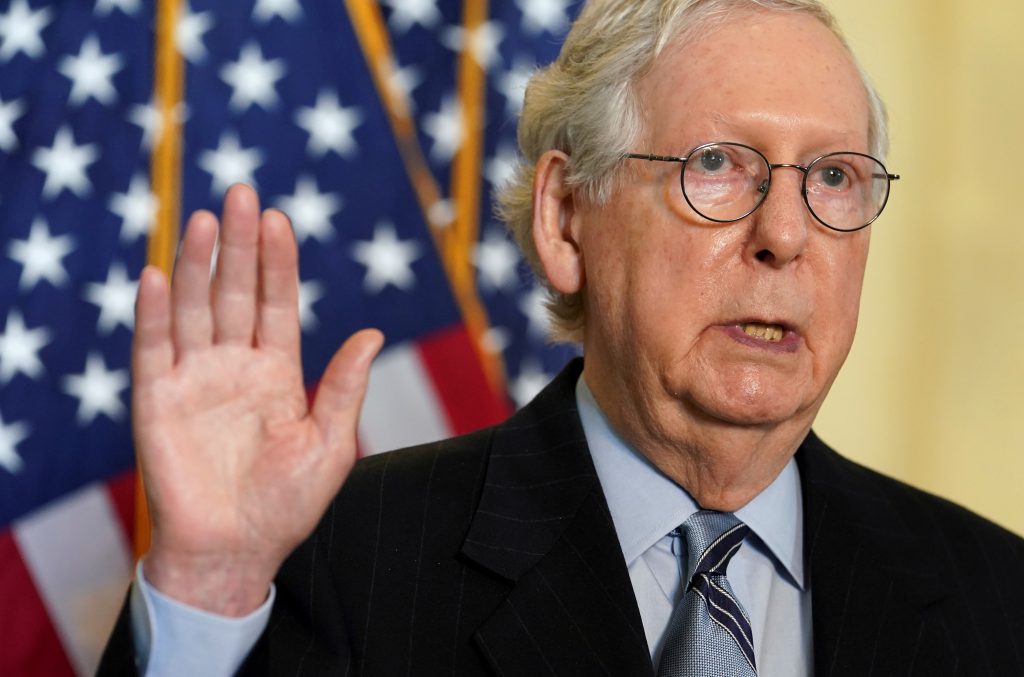 Senate Republican Leader Mitch McConnell lashed out at corporate America on Monday, warning CEOs to stay out of the debate over a new voting law in Georgia that has been criticized as restricting votes among minorities and the poor.

In a sign of a growing rift in the decades-old alliance between the conservative party and U.S. corporations, McConnell said: “My advice to the corporate CEOs of America is to stay out of politics. Don’t pick sides in these big fights.”

McConnell warned companies there could be risks for turning on the party, but he did not elaborate.

“Corporations will invite serious consequences if they become a vehicle for far-left mobs to hijack our country from outside the constitutional order,” McConnell told a news conference in his home state of Kentucky.

Big business ties with Republicans began fraying under former President Donald Trump’s leadership and the party’s focus on voting restrictions has soured businesses embracing diversity as key to their work force and customer base.

Major Georgia employers Coca-Cola and Delta Air Lines have spoken out against the law signed by Governor Brian Kemp, and Major League Baseball pulled the 2021 All-Star Game out of the state over the law strengthening identification requirements for absentee ballots and making it a crime to offer food or water to voters waiting in line.

“I found it completely discouraging to find a bunch of corporate CEOs getting in the middle of politics,” McConnell said.

The Georgia law brought a backlash from some U.S. companies with strong ties to the state.