Israel Ra’am Official: We Will Support a Netanyahu Gov’t ‘From Outside’
Israel 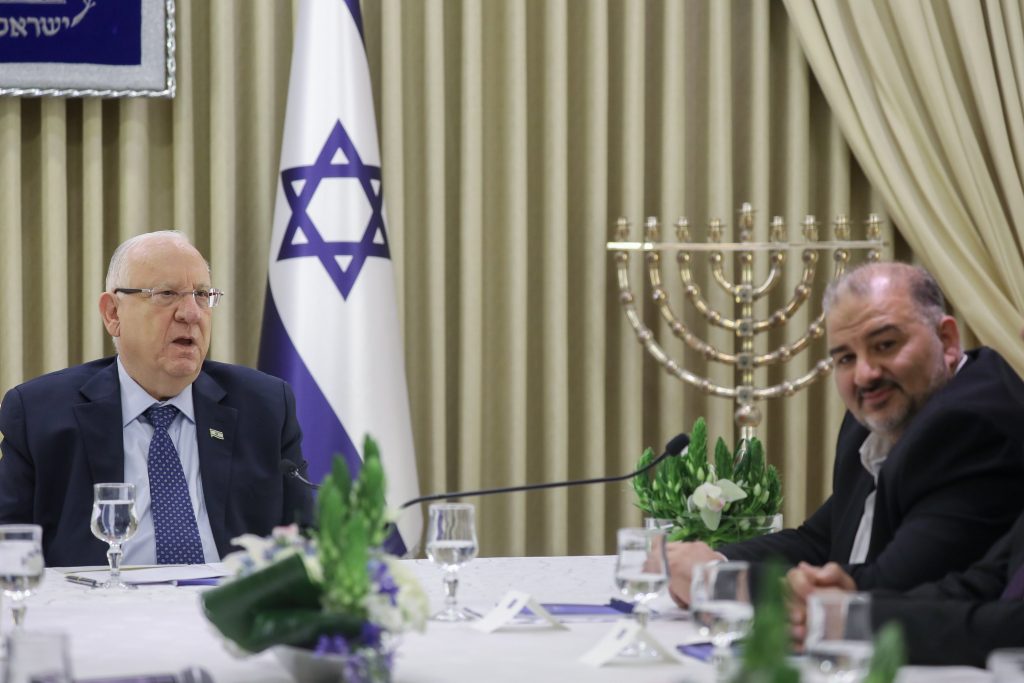 MK Mansour Abbas’ Ra’am party has decided in principle to back a coalition under Prime Minister Binyamin Netanyahu while remaining outside it, a senior party official told Yisrael Hayom.

According to the official, the decision to provide “outside” support for a coalition led by the prime ministers does not necessarily mean that Ra’am will recommend to President Reuven Rivlin that he name Netanyahu to form the next government. The official added that the decision to support a Netanyahu-led coalition could change if Ra’am’s demands were not met.

The official explained that Ra’am would insist that leader of the Otzma Yehudit party incoming MK Itamar Ben-Gvir not be given any operative role or any high-ranking ministerial portfolio in the new government, and that significantly larger budgets are allocated to fight crime in the Arab sector. The party also plans to discuss the cancellation of or major changes to the Nation-State Law.

According to the official, the party decided to support a coalition led by Netanyahu for a few reasons.

“First and foremost, because the bloc to replace Netanyahu doesn’t have any serious candidate for prime minister and in a situation like this, a government under Yair Lapid, even if it had the support of Ra’am, would be unstable and would collapse not long after it was formed. A government of the Netanyahu bloc, with him as leader, will be more stable and able to help up achieve the goals we have set for Arab society,” he said.

The official added that “Even before [Ra’am] split off from the Joint Arab List, we were excoriated for heading toward political unity, and we proved the opposite when the Arab public gave us the mandate and expressed their faith in the path we proposed. For 30 years we’ve tried the path of isolationism, and it hasn’t gotten us anywhere. It’s time for a change.”

The anti-Netanyahu bloc is also courting Abbas’ party, and Abbas has met with Yair Lapid, Blue and White leader Benny Gantz, and Labor leader Merav Michaeli. Meanwhile, certain members of the Netanyahu bloc are opposing a deal with Ra’am, namely Religious Zionist list head Betzalel Smotrich, who is rejecting any coalition established through cooperation with Abbas.