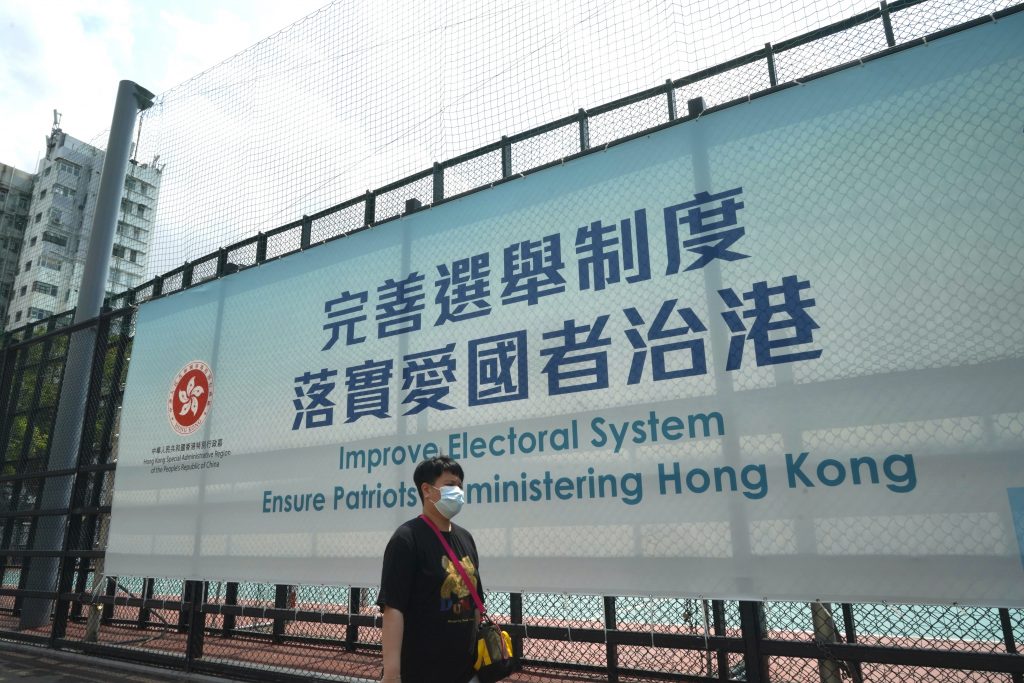 China has sharply reduced the number of directly elected seats in Hong Kong’s legislature in a setback for the territory’s already beleaguered democracy movement.

The changes were announced Tuesday after a two-day meeting of China’s top legislature.

In the new make-up, the legislature will be expanded to 90 seats, and only 20 will be elected by the public. Currently, half of the 70-seat legislature — 35 seats — are directly elected.

The move is part of a two-phase effort to reign in political protest and opposition in Hong Kong, which is part of China but has had a more liberal political system as a former British colony. China imposed a national security law on Hong Kong last year and is following up this year with a revamp of the electoral process.

The crackdown comes in the wake of months of pro-democracy protests in 2019 that brought hundreds of thousands to the streets and turned violent as the government resisted protester demands.

China’s top legislature, the Standing Committee of the National People’s Congress, amended Hong Kong’s constitution to pave the way for the changes. The Hong Kong government is now tasked with revising its electoral laws and holding an election.

In the current 70-member legislature, voters elect half the members and the other half are chosen by constituencies representing various professions and interest groups. Many of the constituencies lean pro-Beijing, ensuring that wing a majority in the legislature.

The new body will have 20 elected members, 30 chosen by the constituencies and 40 by an Election Committee, which also has and will continue to choose the city’s leader,

The committee, which will be expanded from 1,200 to 1,500 members, is dominated by supporters of the central government in Beijing.

A separate committee will also be established to review the qualifications of candidates for office in Hong Kong to ensure the city is governed by “patriots,” in the language of the central government.

The political opposition in Hong Kong — which has advocated for more democracy, not less — sees the changes as part of a broader effort to keep them out of office.

“They are going to get rid of opposition voices because under this new system, which is so oppressive and restrictive, I don’t think any self-respecting individual will want to take part,” said Lau.

In part, it comes down to the definition of patriots. The opposition has tried to block legislation by filibustering a key legislative committee for months and disrupting legislative proceedings.

Beijing, which prioritizes political stability, sees these actions as unduly interfering with the governing of Hong Kong and wants to keep these actors out of government.

A statement by Beijing’s Hong Kong and Macau Affairs Office said that the Hong Kong national security law provided a solid legal foundation to safeguard national security and that the electoral reforms provide a “solid institutional guarantee” of the city’s so-called “one country, two systems” framework and ensure that only “patriots” rule Hong Kong.

The statement also said that with the electoral changes, the relationship between the city’s leader and the legislature will be smoother, and the “various deep-seated contradictions and problems that have plagued Hong Kong for a long time” will be more effectively resolved.

The full National People’s Congress rubber-stamped a proposal in mid-March that authorized the Standing Committee to amend the Basic Law, the constitution that has governed Hong Kong since the former British colony was handed over to China in 1997.