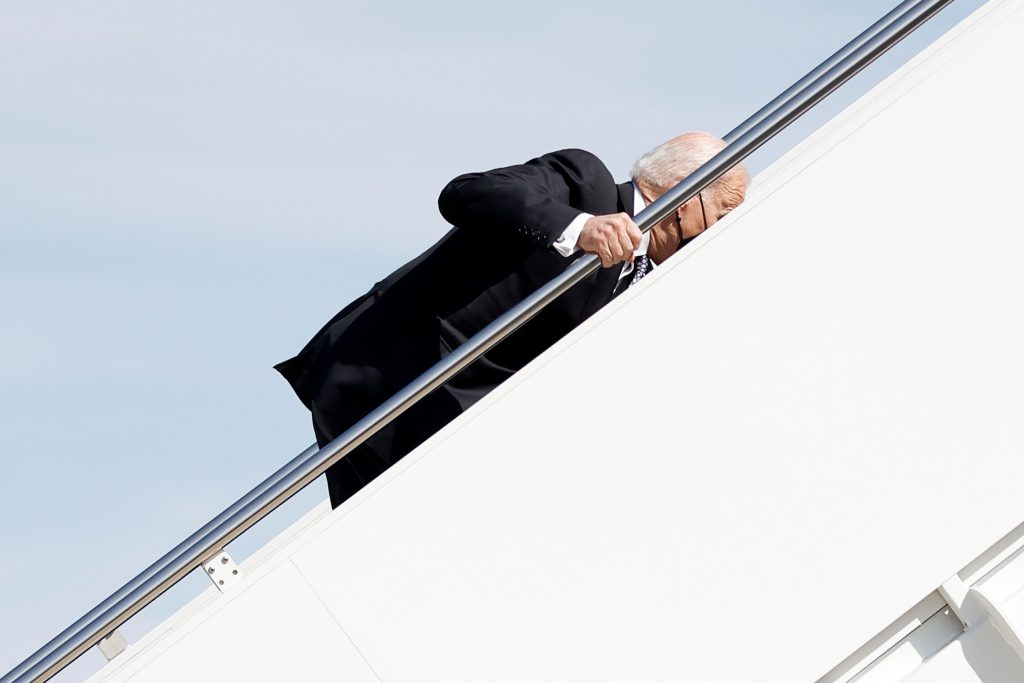 President Joe Biden is doing fine after stumbling on the steps as he climbed aboard Air Force One on Friday, White House spokeswoman Karine Jean-Pierre told reporters.

She suggested high winds at Joint Base Andrews near Washington may have been a factor.

“It’s very windy outside,” said Jean-Pierre when asked about his stumbling. “He is doing 100 percent fine.”

She did not say whether Biden had been checked by a traveling physician after the episode.

Boarding a flight to Atlanta, where he was to speak to the Asian-American community about a shooting there this week, Biden stumbled slightly about halfway up the 25 or so stairs, recovered, then stumbled again and briefly went down on one knee, according to video footage.

The president appeared to rub his left knee before getting back up, then completed the stairs at a slower pace. He stopped at the top of the stairs, turned around and offered a crisp salute.

In late November, Biden suffered a hairline fracture in his right foot while playing with one of his dogs.

At 78, Biden was the oldest person ever to assume the presidency when he entered the White House on Jan. 20.