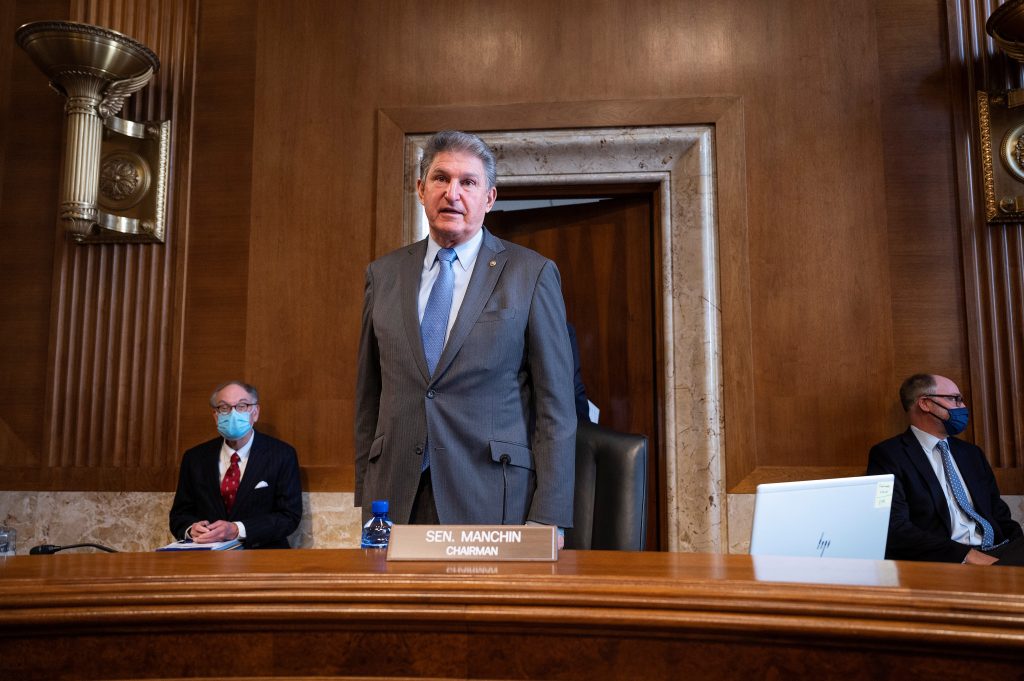 Some Democrats have advocated eliminating the filibuster to prevent Republicans from blocking Biden’s initiatives. White House Communications Director Kate Bedingfield made clear on Sunday that the president is not calling for ending the filibuster. Biden previously served in the Senate for decades.

Manchin said he also is not in favor of eliminating the filibuster, which necessitates a threshold of 60 votes in the 100-member Senate rather than a simple majority to move forward with most legislation. Both parties have made use of the filibuster over the years.

But Manchin said he believes the filibuster has become too easy for the chamber’s minority party to use. He said he would be open to the idea of returning to a requirement that a filibuster should require a senator to take to the Senate floor and keep on talking.

“The filibuster should be painful. And we have made it more comfortable over the years. Not intentionally maybe, it just evolved into that,” Manchin said on the “Fox News Sunday” program.

Under current rules, 60 votes are needed to advance most pieces of legislation in the Senate, except for presidential nominations and some budget-related provisions.

The Senate is split 50-50, but Democrats control the chamber because Vice President Kamala Harris can cast a tie-breaking vote. With 60 votes needed, Democrats would need at least some support from Republicans to get many of Biden’s legislative priorities passed.

To muster the votes for Biden’s $1.9 trillion COVID-19 relief bill on Saturday, Senate Democrats used a process called “reconciliation” reserved for budget-related bills that allowed them to pass it with a simply majority.

Manchin said the filibuster remains a vital tool for the minority party to have a voice in the chamber, even as he signaled a willingness to consider how it might be modified.

Speaking on CNN’s “State of the Union” program, Bedingfield noted that the Senate on Saturday passed the COVID-19 relief bill with the filibuster in place. No Republicans voted for the legislation and they used procedural maneuvers to delay it.

“His preference is not to end the filibuster,” Bedingfield said of Biden. “He wants to work with Republicans, to work with independents. He belies we’re stronger when we build a broad coalition of support.”