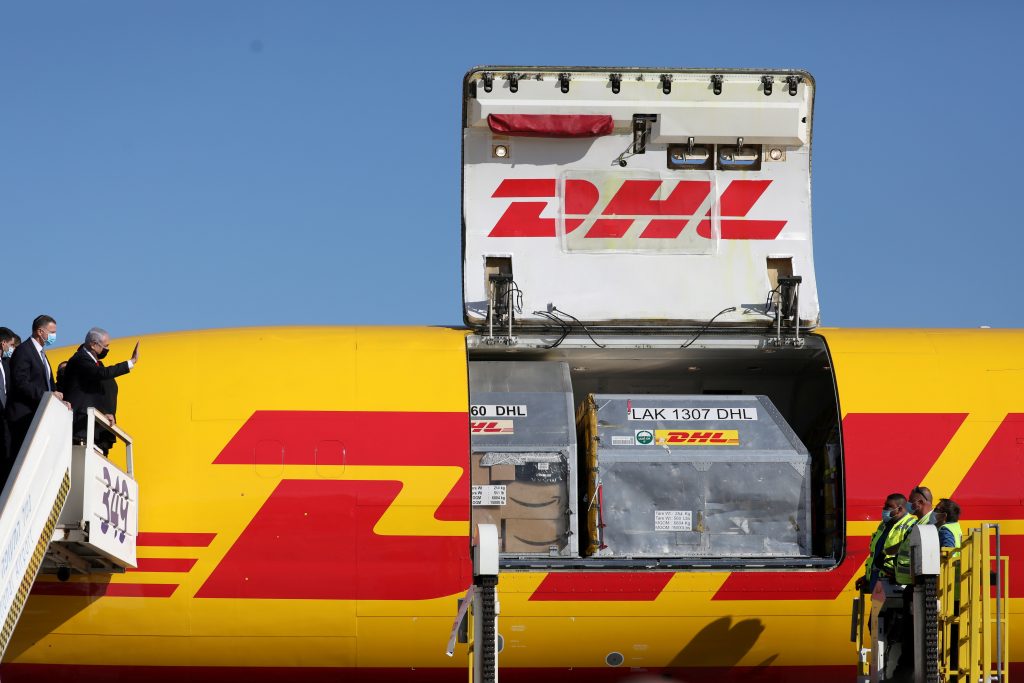 Heading into Israel‘s fourth election in two years, Prime Minister Binyamin Netanyahu is hoping the success of his government’s COVID-19 vaccination program will also serve as a political lifeline.

The 71-year-old leader has made the vaccine front and center of his campaign speeches, social media posts and interviews.

But with opinion polls predicting no clear winner in the March 23 election and challengers on Netanyahu’s right poised to siphon some of his traditional supporters, it is not clear if his strategy will pay off.

“We are the only ones who can succeed [in emerging from the pandemic] because I brought millions of vaccine doses,” Netanyahu said in an interview with Channel 13 last week.

“Thirty world leaders called me. They told me, ‘we tip our hat to the way you ran things, with the health-care services,'” he said.

More than half the Israeli population have been given a first dose of the Pfizer/BioNTech vaccine, and nearly 40% have received both shots, far more than in any other country in the world.

Netanyahu has said the economy should be back to full swing by April 5.

But Israel‘s longest-serving leader is under growing pressure.

His opponents, saying any Israeli leader would have scrambled to secure vaccines, note that the government had to impose three national lockdowns to try to stem spiking infection rates, and that some 6,000 people died of the virus.

“Netanyahu looked very carefully at what happened in the United States and he saw that Trump lost his presidency because of the COVID issue,” Hasson told Reuters. “So he thinks it’s going to help him, this matter [of vaccines].”

But she said Netanyahu’s theme resonated mainly among those who already support him, and “the majority of voters are already decided.”

Israel‘s vaccine supplies were ensured, Netanyahu said, through numerous phone calls he made to Pfizer CEO Albert Bourla, and an offer to provide the company with real-world data.

His “proven leadership” would ensure additional vaccine supplies, he says.