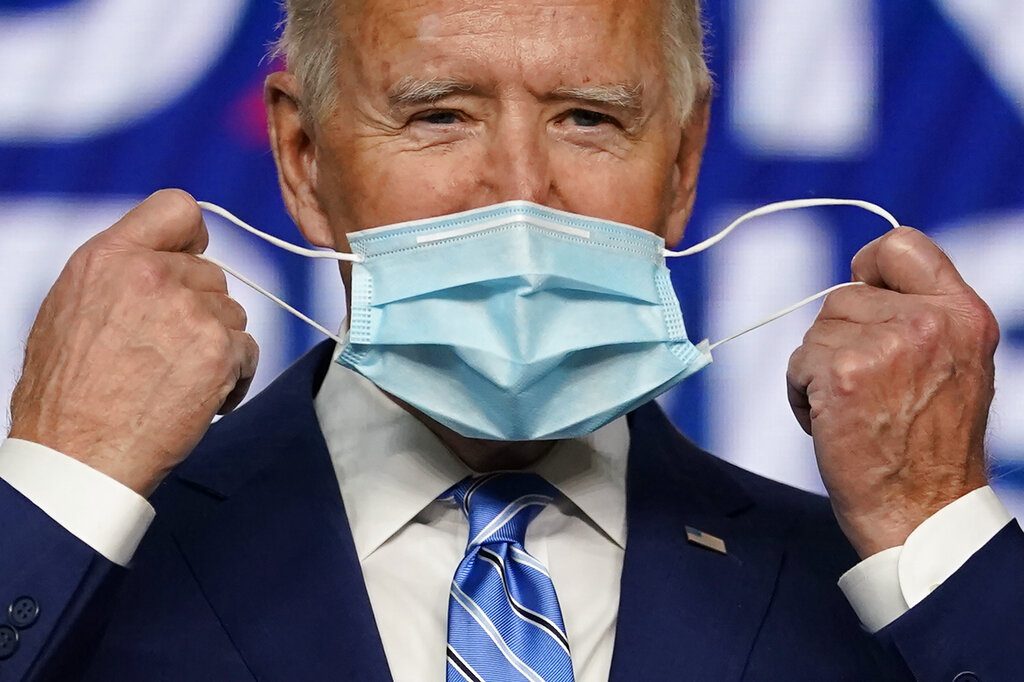 President Joe Biden on Wednesday said decisions to end the required wearing of masks – such as those by governors of Texas and Mississippi – amounted to “Neanderthal thinking” given the rising death toll from the coronavirus pandemic.

Asked if he had a message to Texas and Mississippi, Biden told reporters, “I think it’s a big mistake. Look, I hope everybody’s realized by now, these masks make a difference.”

Biden said the increasing availability of vaccinations was making a difference in containing the pandemic, but it was critical to remain vigilant about wearing masks, washing hands and social distancing.

“The last thing, the last thing we need is Neanderthal thinking that, ‘In the meantime, everything’s fine, take off your mask, forget it.’ It still matters,” Biden said before a brainstorming meeting with Republican and Democratic lawmakers to address cancer.

Asked about Biden‘s remarks, Mississippi Governor Tate Reeves told Fox News Channel: “We no longer have a healthcare crisis in our state… I wish the President would focus on trusting Americans rather than trying to insult Americans.”

Biden said more than 511,000 people had died of the disease in the United States, and it would take time until everyone eligible was vaccinated.

Cases of COVID-19 in the United States remain upwards of 50,000 daily even after the U.S. government has distributed more than 100 million vaccine doses and put shots into over 50 million arms, according to federal data.

Texas Governor Greg Abbott issued the most sweeping rollback of coronavirus restrictions of any U.S. state on Tuesday, lifting a mask mandate and saying most businesses may open at full capacity next week.

The infusion will help J&J ramp up production of its one-shot vaccine, Slavitt said.

J&J was contracted to deliver 200 million doses to the federal government by the end of May and roughly a billion doses globally by end-2021.

“Over time we believe Merck will be able to double the capacity of Johnson & Johnson,” Slavitt said.

Biden said on Tuesday the United States will have enough vaccine supply to inoculate all adults by May.

J&J, Pfizer Inc, and Moderna Inc are contracted to deliver 700 million doses by mid-year between them.