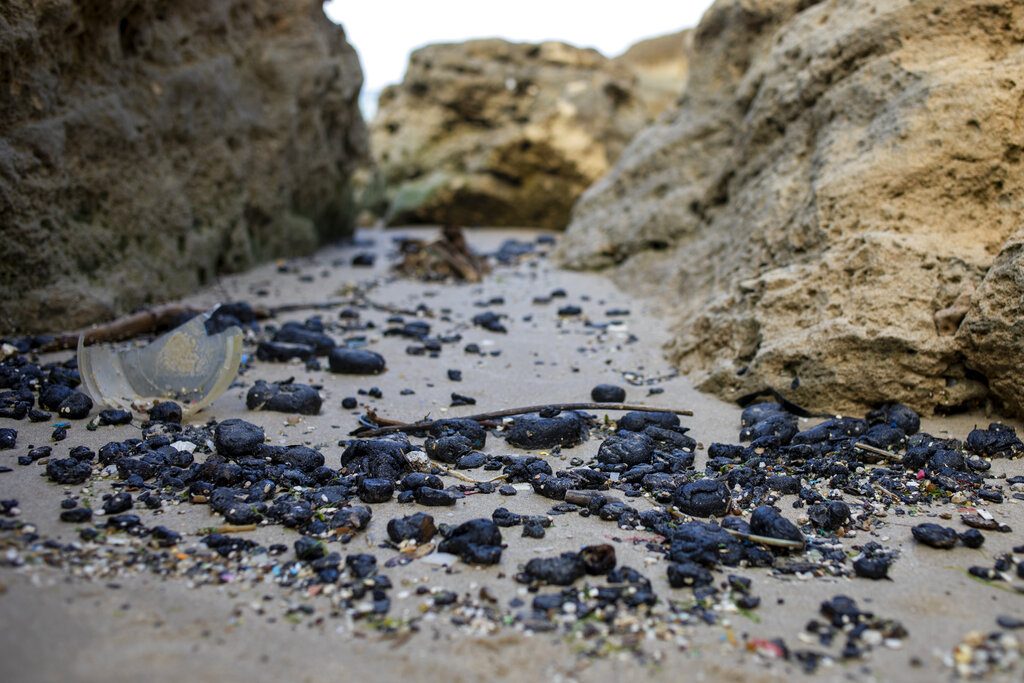 The ship that caused the spill was a Libyan-owned pirate ship that set sail from Iran through the Persian Gulf without radio contact, then passed through the Suez Canal, Environmental Protection Minister Gila Gamliel said.

The ship, a crude oil tanker called Emerald, which carries a Panamanian flag, entered Israeli waters in the east Mediterranean and again turned off its radios for almost a full day, polluting the sea between Feb. 1-2, she said in a briefing to reporters.

From there, the ship continued to Syria, carrying pirated cargo from Iran, she said.

The ministry presented what it said was strong “circumstantial evidence” that this was the ship behind the spill, though it did not have “forensic evidence.” It said it also ruled out any other source.

“We will sue for compensation in the name of all the citizens of Israel for damage to health, nature, flora and fauna,” she said.

The ministry director-general Rani Amir said they believe the aim was to send crude oil illegally from Iran to Syria and possibly other countries.

He said the ship, which has not been in the area for eight years, spent several days around the port of Latakia last month transferring the crude oil to smaller ships.

“We think the leak that affected us was not during the transfer of oil from Emerald to smaller ships but either a deliberate leak, that is to say terror, or a fault,” The Times of Israel quoted him as saying.

The channel noted that it is “striking” that neither the Mossad nor the defense establishment were involved in reaching the conclusion that Iran was behind the spill.