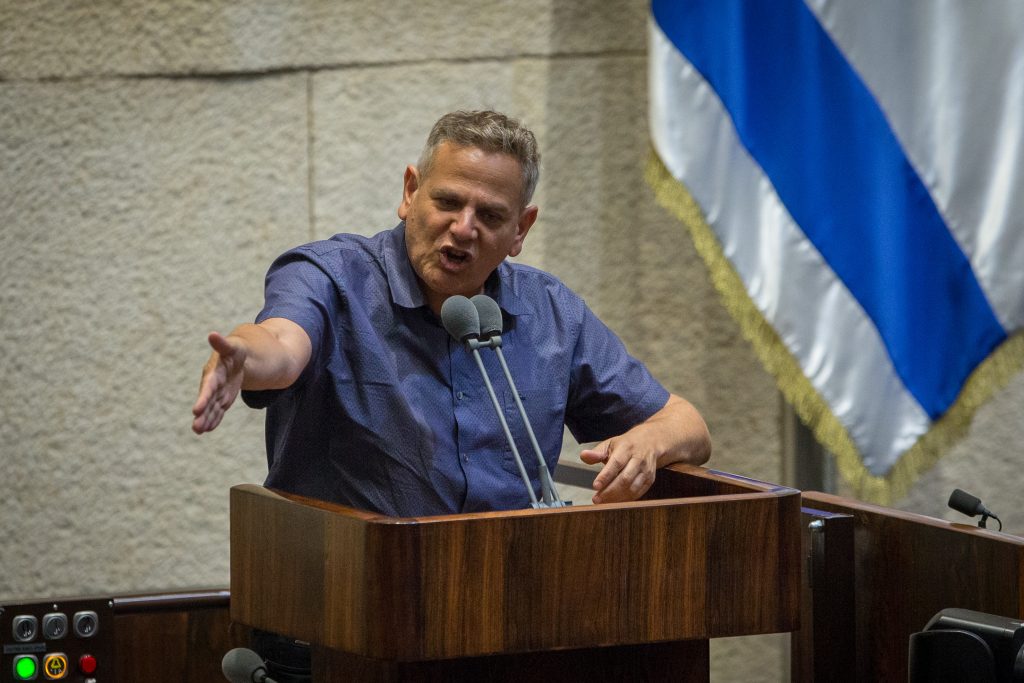 Meretz chairman Nitzan Horowitz condemned the Labor party decision to include an Arab Israeli on its electoral slate who has a history of disrespecting the state of Israel.

“An Arab citizen should stand during the siren and also sing the anthem. With us [in Meretz] you will not find such characters on our list like you have in the Labor Party,” Horowitz told Channel 13 on Tuesday evening.

Political reporters called attention to the novelty of Meretz, normally to the left of Labor, hitting Labor from the right.

Ibtisam Mara’ana was initially disqualified from running for the Knesset by the Central Elections Committee, but that decision was overturned by the High Court earlier this week.

The discussion was about Mara’ana’s online posts, including one from 2012, in which she wrote that she had continued to drive her car as the annual Memorial Day siren sounded. Most Israelis stop during the siren and stand by their vehicle for a moment of silence, and those who don’t have been sharply criticized.

Both Meretz and Labor are struggling to clear the electoral threshold in most polls, as they vie for much the same constituency.